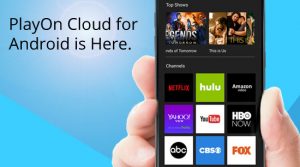 The ever-versatile media-management Plex app launched a new DVR service earlier this month. Plex DVR works with any standard HDTV antenna and the SiliconDust HDHR series of digital recorders to create a true DVR experience on your favorite screen. Just use the Plex app to tell the hardware which shows you’d like it to capture, and the system will record those shows for free from local over-the-air TV signals. If you’ve been waiting to cut the cord to cable or satellite TV, Plex DVR might be just what you need to finally make that move.

Here are some Plex DVR highlights:

In order to use Plex DVR, you’ll need a digital TV antenna, a SiliconDust HDHR series digital recorder, a Plex Pass subscription, and you’ll need to download and install the DVR beta client. Plex is hoping to add the DVR service to more HDTV recording devices in the future.

The first time I actually saw someone using this service was when I went up north. We ate at this awesome steakhouse , which probably was on its last couple years in business (two brothers owned it and they were in their 70s). In the corner, one of the brothers’ wives were typing away on the MSN TV, trying to find out what was going on in the world (pre-2001).

The little box that was known as MSN TV finally got decommissioned today – 16 years after it started. Microsoft announced earlier in the year the TV appliance would be shuttered on Sept 30th. Users had to move their account information to Outlook.com and all other information to Skydrive (Microsoft’s cloud service).

MSN TV first started as Web TV in July of 1995 by Steve Perlman, Bruce Leak and Phil Goldman. The idea was Web TV acted like a thin client – taking snapshots of the web and sending them over telephone lines to your device, which would then project on your TV. It officially launched in Sept 1996 and ran for a year when Microsoft announced they were acquiring the service for $453 million (vested).

MSN TV tried to find its place in the tech world. The WebTV team took their ideas and created not only Digital Video Recorders, but also the XBox 360 game console. Its hardware could be found in Sony, Philips, RCA, Mitsubishi and other client hardware.

So with that, we bid adieu to MSN TV. the last of the real dial-up systems.