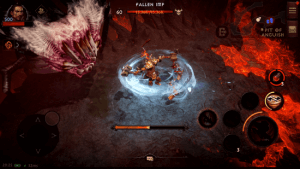 Diablo Immortal is the newest game in Activision Blizzard’s Diablo franchise. It was officially released on June 2 for not only mobile devices but also PCs. CNBC reported that shares of the game fell nearly 7% in Hong Kong on Monday after it announced plans to delay the release of Diablo Immortal in China. According to CNBC, the game did not announce a new launch date.

NetEase and Activision Blizzard worked together on Diablo Immortal. The game was set to release in China on June 23, but that has been delayed. The reason for the delay requires some explanation.

Financial Times reported that shares in NetEase dropped on Monday morning after the Chinese company fell foul of China’s censors over a social media post that was suspected of alluding to Winnie the Pooh, a popular way to derisively refer to President Xi Jinping.

According to The Financial Times, the delay came as a screenshot circulated online of a post published by the game’s official account on Weibo, the popular Chinese microblogging site, dated May 22, that read: “Why hasn’t the bear stepped down.”

The remark was interpreted as a reference to China’s President Xi Jinping, who is often illustrated as Disney’s Winnie the Pooh. The cartoon bear has been blacklisted by censors in China for years.

This isn’t the first time that China has cracked down on gaming. In August of 2021, South China Morning Post reported that gamers in China who are under the age of 18 would have their playing time limited to one hour on regular days and two hours on public holidays. That same month, the BBC reported that Tencent announced it was rolling out facial recognition to stop children from playing video games between 10pm and 8am.

Kotaku reported that the postponement of Diablo Immortal in China comes three days before the game’s intended Chinese release and just a few days after the game’s official Weibo account was suspended from being allowed to post.

According to Kotaku, a contact translated what was written on Weibo as “What do you think about the bear?”, but says it was written to be idiomatic. Kotaku notes that either way, if real, it seems an extraordinary thing to have posted on an official account in China.

Kotaku also pointed out that there is a press release that was posted on Blizzard’s Chinese website, stating that the reason for this very last-minute delay is a need to make “a number of optimization adjustments to the game”. (Kotaku appears to have translated this via Google.) The press release also said that the adjustments included improving model rendering, support for a wider range of devices, and “network and performance optimizations”.