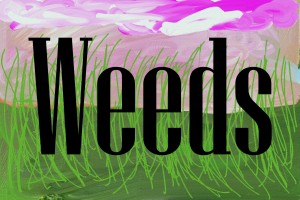 The history of mobile applications dates back to simple games such as Snake, Pong, Tetris, and Tic-Tac-Toe included with candy bar phones.

As phones became “smarter,” Windows Mobile phones of the mid-2000’s and others included the ability to install third-party software, both paid and free.

Next came the era of the high noise level platform app stores that we know and love/hate today. There are tons of both free and paid apps. Some apps are useful to accomplish very specific, pointed tasks with high efficiency. Others apps are arguably less than useless. The good and the bad, the useful and the useless are packaged together in a cacophony of brightly-colored graphics and flowery sales language, all on equal footing and demanding attention. App discovery is often painful, unpleasant and risks device app bloat.

Mobile device ownership and management requires a learning curve. In phase one, the mobile device novice is at high risk of downloading seemingly every app encountered, while actually making use of very little of that which has been installed.

Phase two of the learning curve is typically marked by out of storage memory errors.

Phase three requires the user to decide which useless apps should be deleted so that the mobile device can continue to be updated and/or functional. When deleting apps, there is a tendency for the user to hang on to installed apps if there’s even the most remote of chances that the user might conceivably use the app.

The key test to determine whether a particular app should simply be deleted is to ask yourself whether or not you would reinstall it after a factory reset.

It should be noted that apps that the user has paid for will tend to have a higher psychological value placed on them, regardless of whether they are actually useful or not.

In this noisy mobile app jungle, where crap is right alongside cream, people are trying to squeeze the most out of their mobile devices, to extract the maximum productivity.

Mobile devices make great content consumption devices. Proof is all around us. At any given moment when people are around, how many of those people are absorbed with their mobile devices?

Mobile device operating systems have grown larger and more sophisticated along with the more powerful processors. However, there is a problem plaguing both iOS and Android in the form of an app gap. Apps are wannabe pretenders when it comes to genuine software sophistication. No mobile device apps can compare on equal footing with desktop computer software. Both major platforms – iOS and Android – suffer from this problem.

There is nothing stopping software vendors from developing highly sophisticated mobile software, other than the fact that it’s typically just not worth it. For whatever reason, mobile device owners have a pervasive “it has to be free or very low cost” mentality. We are willing to spend upwards of a thousand dollars or even more for a high end mobile device, but balk at the idea of having to pay more than a few dollars for single apps.

If you have ever tried to push a mobile device to better take advantage of its powerful processing capabilities, you quickly run into a problem. Go beyond a certain level of task sophistication, and the apps typically fall flat very quickly. The ultimate test for mobile apps is to take a mobile device and plug it in to a 1080p or higher monitor. Attach a keyboard and if it’s an Android device, attach a mouse or trackpad. Try to use the mobile device and the installed apps like you would a full computer. For example, try to push the experience to its limits by editing a long, complex video and see how well it goes. The mobile software will play back high resolution videos without any trouble at all, but try to do something really productive and things quickly fall apart. The problem isn’t the processor, but the software.

The mobile app gap situation doesn’t look as if it will improve anytime soon. In the meantime, as mobile device owners and users there are a lot of questions we should be asking ourselves.

How much are you willing to pay for mobile device apps? What has been your experience? Have you ever paid for an app and then realized later that it was a waste of money? What is the most you have ever paid for a mobile app and why?

Why are people willing to pay sometimes hundreds of dollars for sophisticated commercial desktop class software without batting an eye, yet close their wallets when it comes to paid apps for mobile devices? Do people perceive mobile devices to have as big of a potential payoff as a desktop or laptop? If mobile computing devices don’t have the same payoff potential as a desktop or laptop, then why not? What is the difference between the two systems? What can be done to increase the potential payoff value of mobile computing devices?

Continuing the Christmas theme, Smashing Magazine have a bunch of unique festive wallpapers for your desktop and other backgrounds needs. Part of their regular monthly programme, the December wallpapers function as calendars too, with dates embedded in the wallpaper, which is pretty handy anyway – no need to start up an app to check the date.

All the heavy lifting has been done too with a range of resolutions for different monitors and desktop sizes – I use them as backgrounds on my tablet and smartphone. The only difficulty is choosing the best. I’ve included a few below but check out over 20 others at Smashing Magazine. 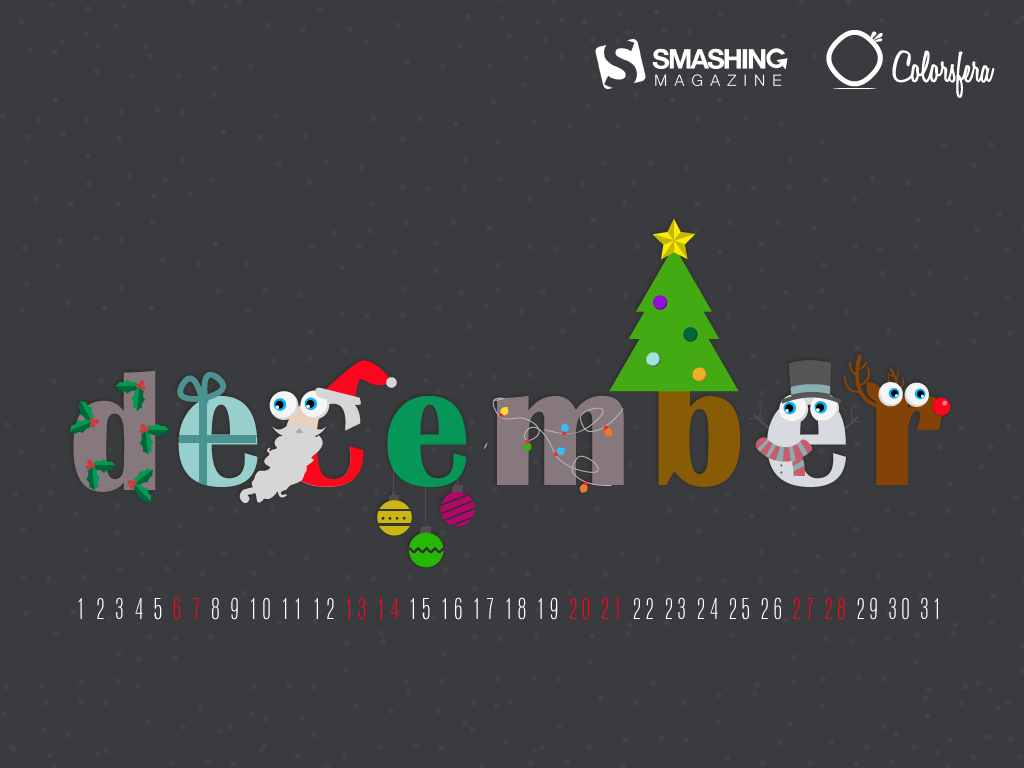 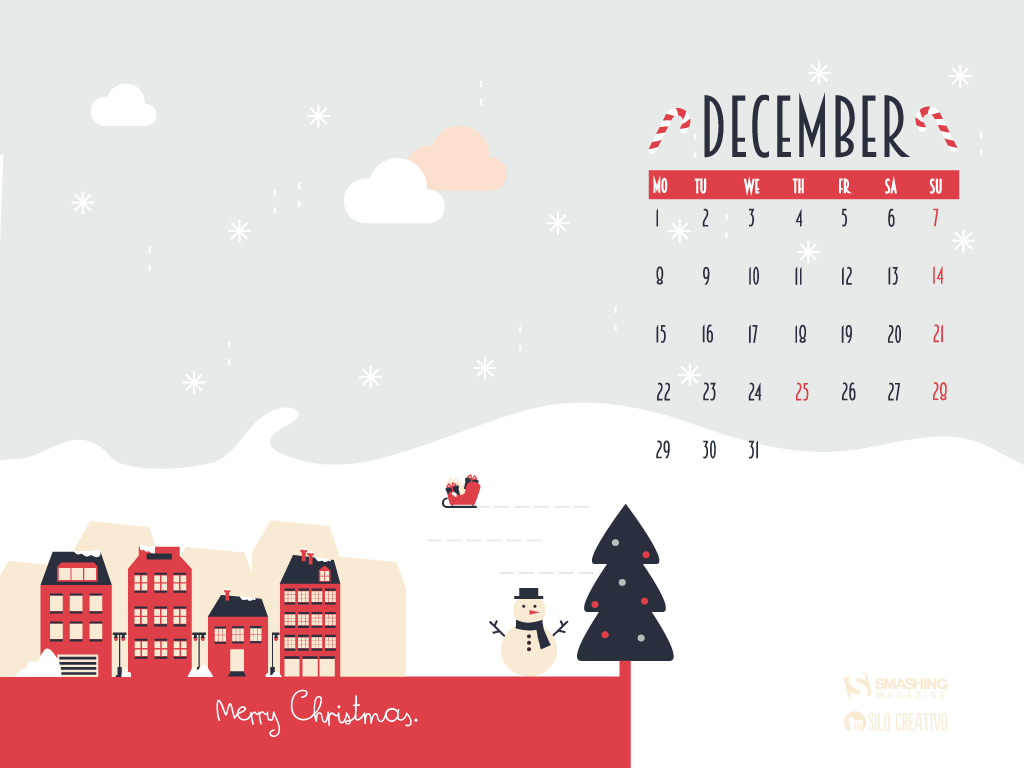 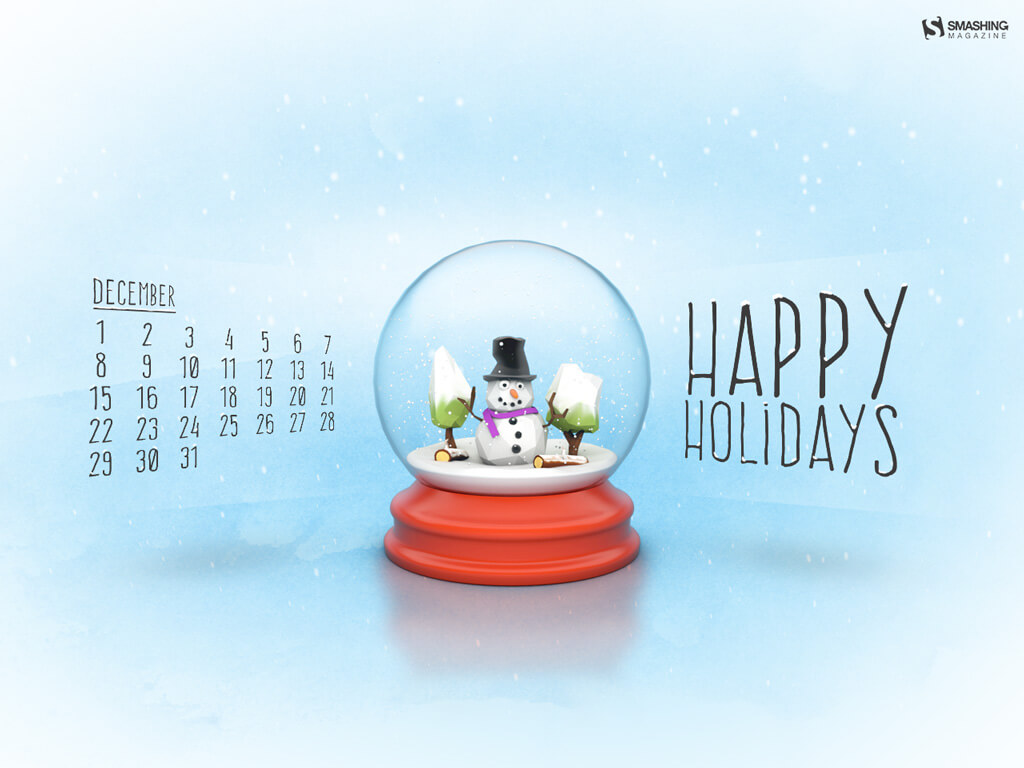 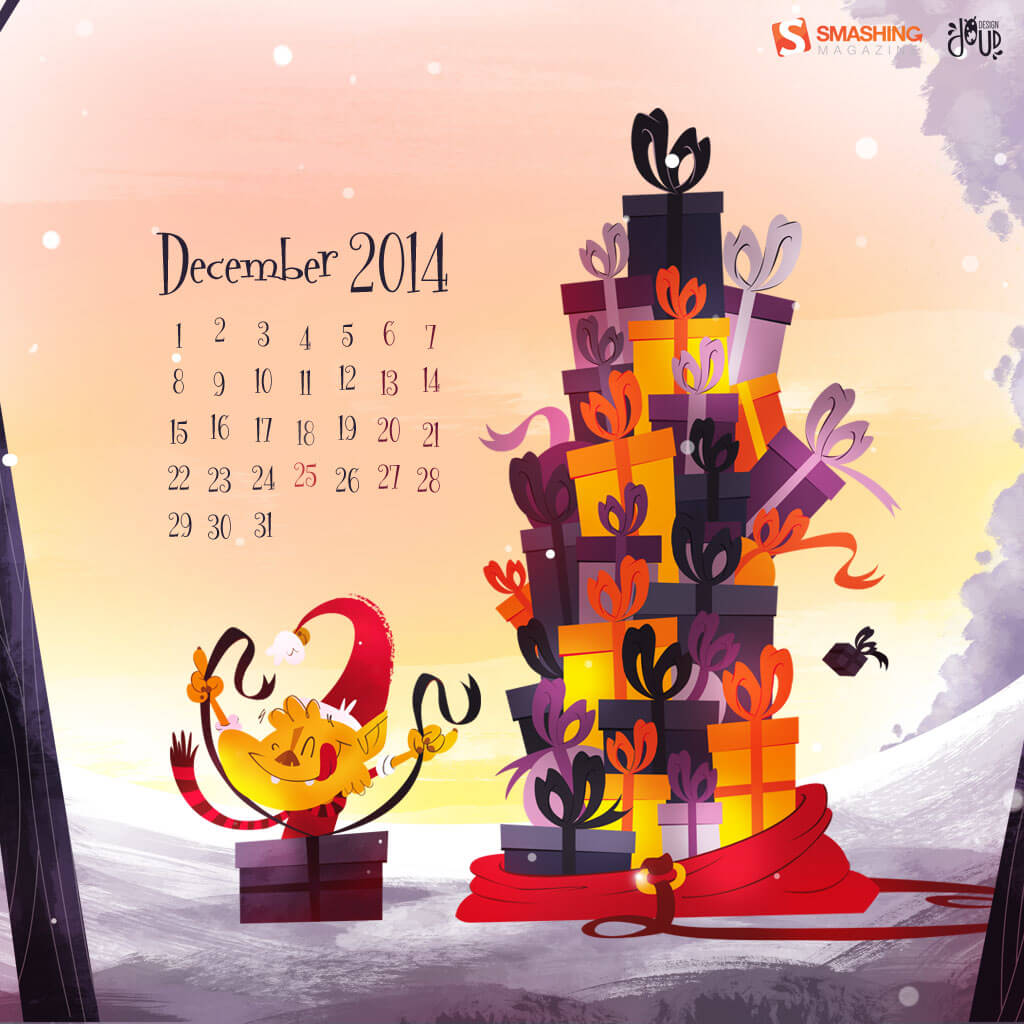 Todd chats with Tracy from Kanex at CES Digital Experience about their new Multi-Sync Keyboard for Apple devices.

Although touch is great way of interacting with tablets and smartphones, it really doesn’t replace a keyboard when it comes to large amounts of text entry. In response, many manufacturers have come out with add-on keyboards that typically connect to the tablet via Bluetooth. These are generally useful devices but usually it’s one keyboard-one device and often there’s already a keyboard on the desk for the PC, so the desk simply gets more cluttered.

Kanex’s solution the Multi-Sync Keyboard which allows 3 Bluetooth and 1 USB connection to be maintained at any one time – Mac, iPhone and iPad. The user can then switch between connections, entering text into just one device at a time but being able to connect to up to 4 devices. Brilliant! Currently, it’s only available for Apple devices, but future versions should support PCs.

The team at Net Market Share have released their statistics for November and shockingly, over 30% of desktop Internet users are still using Windows XP. The 12-year old OS will lose all support from Microsoft in four month’s time, after which XP machines will not receive any further security updates and will become vulnerable to newly discovered exploits. XP’s market share is dropping, albeit slowly, with about 8% loss in the last year, but it’s clear that there is still going to be a large XP presence on the Internet come April 2014.

Windows 7 desktops make up the bulk of browsers with over 46% and the total for Windows 8.x clocks in at a little under 10%. Windows 8.1 only accounted for 2.6% which isn’t entirely unsurprising given that it was only released in mid-October. Here’s the top 5 desktop OS, courtesy of Net Market Share.

On the tablet and smartphone front, iOS and Android are pretty much the only shows in town, with 55% and 34% respectively. All the other OSes scored less then 5%, with Symbian still showing 3%. Windows Phone is at 0.67% but it is up from 0.50% in October. Blackberry continues to fall, down to 1.65% from 2.55% the previous month.

If I read the accompanying information, these figures are gathered from approx 160 million visitors per month from Net Market Share’s network of clients and customers so it should be a fair reflection of the real world. There’s more detail here.

KB Covers produces overlays for Apple Macintosh desktop and laptop computers, covering both current and older models. Generally there are three kinds of overlays: those for protection or decoration, for foreign languages and for advanced application use, where keyboard shortcuts are key to being proficient in the app. Each year, KB Covers comes out with additional overlays for extra languages and new applications, often at the suggestion of customers.

The overlays are available on-line from around $20.

Roadmice works with HP to build some very unique computer mice that will certainly make your desktop standout from everyone else’s.  They have license agreements with 12 car makers and even NASCAR to build these automobile replicas. Each mouse is wireless, operating on the 2.4 GHz frequency.  This year at the Consumer Electronics Show in Las Vegas they unveiled the third-generation of their lineup.

Regardless of if you are looking for a Ford, Nissan, or even a Lamborghini, you will find it here.  The latest model utilizes the HP Comfort Mouse technology and operates on a single AA battery, with a promised 4-6 month battery life.  You can get a  little extra life if you decide not to enable the working headlights, which come on when motion is detected.

Roadmice also has matching mouse pads and USB drives available for purchase and are working on releasing keyboards as well.  Prices for the mice range from $39.99 to $49.99 depending on the car model you want.  You can find out more at Roadmice and see a demo in the video below.

In this day and age, we talk about Cloud like a car dealer talks cars. We put stuff in the cloud and take it down. We don’t even know where this cloud is – but a lot of us trust it for our photos, music, movies and more.

Now we can put a cloud on our desks, and share media through our mobile device. All through Pogoplug.

Pogoplug is a device you plug into your network, plug in your USB drives, then share the contents across the web. You can set access to private or public viewing on desktop, iPhone, iPad, Android or other mobile device. You can also set permissions so your workmates can collaborate on files.

Today, Pogoplug announced their newest product in the line of devices. Pogoplug mobile is a version of Pogoplug geared at taking all the media off your smartphone and keeping it on your personal cloud.

“Pogoplug Mobile is the perfect companion to your mobile phone or tablet.” says CEO Daniel Putterman. “Not only can you stream the media from your hard drives straight to your mobile device over WiFi or your cellular connection but you can also automatically back up your camera roll to your Pogoplug.That means, no matter where you are, the photos and videos you take on your mobile phone are automatically backed up to your Pogoplug.”

Pogoplug Mobile lets you attach USB drives and now SD cards into the device. You configure the drives up on my.pogoplug.com, then download an application for your PC, Mac or mobile device. When configured, you can access your mobile data through your own cloud.

Prices for Pogoplug Mobile start at $79.99 (£59.99 in the UK). For more information, go to Pogoplug Mobile site ). It is also one of the 5 Backup Cloud Solutions I reported on back on September 21st. You can also check out the video we did with Pogoplug at CES2010.