These new routers from D-Link will range in price from $129.99 to $149.99 and they should both be available by mid-2016 at most online and brick-and-mortar retail locations.

If This Then That (IfTTT) can be used to accomplish all sorts of cool things and, while not limited to any particular area, it has been seeing some growth in the area of home automation as several products have enabled its usage and D-Link is doing the same.

The company is announcing that its line of mydlink is getting IfTTT integration. This will work across a broad range of devices including smart plugs, water and motion sensors, WiFi alarms and the new smart alarm detector.

“Users want to integrate and expand their home automation system with other devices and services. With the integration of IFTTT into the mydlink Home ecosystem, users can enhance and expand control of their home using IFTTT recipes to trigger a variety of actions — almost like a programmer — creating an automated home designed to fit their needs,” says Ken Loyd, Director of Product Marketing at D-Link. “Integrating with IFTTT opens up a world of possibilities and provides users with unprecedented control over their mydlink Home experience”.

If you have used IfTTT then you know that the things you set up are “recipes”. You can choose from an ever-expanding list of ones created by other users or, if you’re ambitious, you can create your own. D-Link has provided some information on this which you can find below.

Availability of IfTTT support will come late in quarter one of 2016.

With wifi routers and access points, there’s a subtle game of one-upmanship based on the number of aerials sprouting from the device. If unit has only one aerial or it’s embedded in the unit, it probably comes free from the broadband or cable provider; two aerials is soooo 11g, three aerials and the router’s got some chops; six aerials….now you’re getting serious. Todd gets up to speed with the AC3200 Ultra Wi-Fi router from Daniel Kelley, VP at D-Link.

The AC3200 is a serious piece of kit. To start with, it looks like something straight out of a sci-film, a red stealth fighter fully armed with six laser cannon. And while the laser cannon are really aerials, you get the point – it means business. The AC3200 is a tri-band router using one set of frequencies in the 2.4 GHz range and two sets in the 5 GHz. It intelligently assesses the bandwidth and QoS (Quality of Service) demands of the connecting devices and allocates them to the most appropriate channels, and if necessary, can aggregate all three bands giving a maximum theoretical transfer rate of 3.2 Gb/s. No matter that the actual data rate will be much lower, it’s still screaming fast.

Additionally, the AC3200 uses beam-forming technology to focus the wifi signal to where it’s needed, rather than transmitting uniformly everywhere. On the wired side, there are four gigabit ethernet ports and two USB ports (one USB3, one USB2) for connecting up storage (DLNA server built-in) or printers. The AC3200 can be the hub of a connected home. 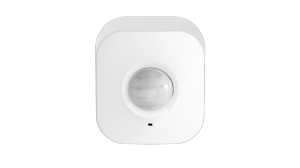 Home automation, or the “internet of things” is one of the fastest growing fields in technology. It seems everyone is getting into the market, from electronics makers to retail stores — you can even buy certain product lines at Staples and Lowes now.

The latest to jump into the market is D-Link, most famous for its routers and switches. Not long ago, the company released the Wi-Fi Smart Plug, which allows for easy remote control of items such as lamps and more. Now, to compliment that, comes a new motion sensor called the DCH-S150.

“The compact motion sensor plugs into an open power outlet and alerts users of activity at home with a push or text notification as soon as it detects motion. Whether you want to know when the kids get in from school, make sure the puppy goes outside during the day, or receive an alert when the garage door opens, the Wi-Fi Motion sensor makes it simple to stay aware of what’s happening at home”, the company states in its announcement.

The motion sensor is on sale now from both the D-Link site, as well as other locations such as Amazon. It retails for $39.99. 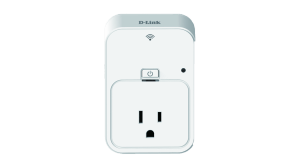 Home automation and the internet of things have become the catch phrases lately, and there is an ever growing universe of items for the home that can be connected. The market has become flooded, but there is always room for more competition, as it is good for consumers. Now D-Link, famous for its routers, is getting into the market.

The company has unveiled a new Smart Plug that allows the device that is plugged into it to be controlled easily from a mobile device using Android or iOS. Simply plug the little device into an outlet, then plug the item of choice into the DSP-W215 Wi-Fi Smart Plug. Features include:

In addition, there is a thermal sensor that is designed to prevent devices from over-heating. That’s a handy feature with today’s devices, and legends of meltdowns. The DSP-W215 Wi-Fi Smart Plug is on sale now on the D-Link web site, retailing for $50.

The NVR can record up to 9 IP cameras at once, storing the images on the SATA drive. The feeds can be viewed either via an attached HDMI monitor or else viewed remotely via D-Link’s mydlink solution which securely connects from the Internet back to devices in the home, using a web browser or a smartphone app.

The low-light web camera works down to 0.01 lux light levels and can still pick out colours. In complete darkness, a white LED provides illumination for up to 50 feet. As you’d expect, it’s 802.11ac wireless.

Both the NVR and the webcam will have an MSRP of US$379 when they go on sale in April ’14.