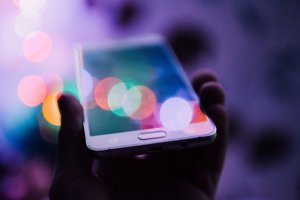 California has passed a law that went into effect on July 1, 2019. It amends part of the state’s existing Business and Professions Code. The purpose of the amendment is to require bots to make it clear that they are not a human.

It shall be unlawful for any person to use a bot to communicate with or interact with another person in California online, with the intent to mislead the other person about its artificial identity for the purpose of knowingly deceiving the person about the content of the communication in order to incentivize a purchase or sale of goods or services in a commercial transaction or to influence a vote in an election. A person using a bot shall not be liable under this section if the person discloses that it is a bot.

A “bot” is defined as: “an automated online account where all or substantially all of the actions or posts of that account are not the result of a person.”

According to The New Yorker “Violators could face fines under the statutes related to unfair competition.” The article points out that California is “testing society’s resolve to get our (virtual) house in order after more than two decades of a runaway Internet.”

The legislation is a California state law. This means that the person behind a bot will have to disclose itself as a bot if it communicates with people who live in California. That said, those who are running bots will, by default, likely have to disclose that they are a bot to everyone on social media in order to avoid being fined by California’s law.

Social media is becoming less useful by the day. Nowhere is this more evident than on Twitter. The so-called microblogging service may still serve as an of-the-moment cultural barometer. But what good is that barometer if the gauge it’s built on is fundamentally broken? Twitter’s ability to give us nearly realtime data on trending topics is only really worthwhile if that data is reliable.

And how reliable can that data be if an estimated 48 million Twitter accounts are actually bots? According to a new study, somewhere between 9 and 15 percent of all tweets come from fake accounts. This is just the latest indicator that Twitter itself, and perhaps social media in general, is being ruined by bot masters who serve up all kinds of fake activity to those who’ll pay for it.

Twitter’s own estimate of bots on its platform came in lower than what the study found. According to a recent filing, Twitter stated its bot count is around 8.5 percent. While Twitter’s methodology for bot calculation may be different than the methods used by the researchers who came up with the study, it’s still in Twitter’s interest to have an overall lower bot score.

This study doesn’t do much to improve Twitter’s already shaky reputation as of late. Hopefully, there’s something the social network can do to round up and eject these fake accounts. I guess the real question is, does Twitter even care?

Huge thanks to all the listeners that did Podcast Awards reviews. I get on my soap box tonight about hate mail I have received in regards to my State of the Podcast Sphere simply amazing. Lots of tech to talk about tonight. Want your feedback on the videos in the first two articles along with your personal thoughts on the droid and Android plugins.

Ok meetup on Wednesday will be at 6:30pm at On the Border, in Milpitas (Hwy 880 and Hwy 237) see map link below all are welcome to attend. Please RSVP ASAP to geeknews@gmail.com Bandwidth is fantastic here at the Hilton in San Jose at the convention center 5 stars some other hotels could take some lessons from these folks.

Meetup Location:
On The Border