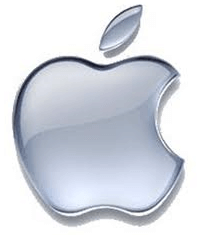 Starting with version 10.9, Apple began naming its long-running OS X operating system after specific places in the state of California. OS 10.9 was called Mavericks. The current version of the operating system, 10.10, is called Yosemite. Apple has already announced that the next iteration of OS X will be named El Capitán, after a famous mountain inside of Yosemite National Park. Since it seems likely that Apple will continue to name future versions of OS X after California places, this is already leading to speculation of what place-names Apple may choose in the future.

My local daily newspaper, the San Luis Obispo Tribune, has an idea that, while far-fetched, may have some merit:

At the Apple event in San Francisco on Wednesday, the city of Arroyo Grande made an appearance in a presentation about the tech giant’s new 3-D touch screen for the new iPhone.

The article goes on to note that during the presentation, an e-mail is briefly shown that was allegedly sent to Apple’s marketing team. In the message, the team is asked where they should visit next to scope out potential names for the next operating system. A short list of places follows: Manteca, Tehachapi, and Arroyo Grande. The e-mail even shows a photo of downtown Arroyo Grande along with a link to the city’s official website.

While it is fun to consider the possibility of Apple naming OS 10.12 after Arroyo Grande, it wouldn’t really fit the pattern established in the other recent OS X names. (No cities so far – only “natural” places.) But the surrounding area does hold some impressive natural sites. There’s Price Canyon, Morro Rack and Montana de Oro to name just a few. (Personally, I’m rooting for OS X Bubblegum Alley but I won’t keep my hopes up.)

Only time will tell what Apple ultimately decides for its future OS names. But the company could do a lot worse than some of the beautiful places found on California’s Central Coast.