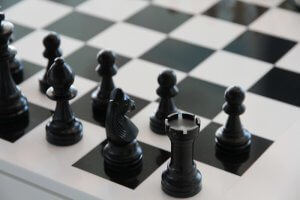 DeepMind introduced AlphaZero in 2017. It is a single system that taught itself how to master chess, shogi, and Go, beating state-of-the-art programs in each case. AlphaZero has developed a ground-breaking, highly dynamic, and unconventional style of play.

A report titled: “A general reinforcement learning algorightm that masters chess, shogi an Go through self-play” was published by Science Magazine. Part of the report said: “The ability of AlphaZero to adapt to various game rules is a notable step toward achieving a general game-playing system.”

I wonder if, in the future, eSports will include competitions between AlphaZero and various other AI algorithms. It seems to me that people who love to play chess are very interested in AlphaZero and what it can do. I can see potential for chess players to learn some of AlphaZero’s strategies in an effort to improve their game.