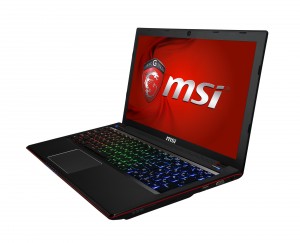 It’s the eternal struggle. You need a powerful PC to maximize your gaming experience. And while high-end systems bring premium features and performance, they often demand an equally premium price. PC manufacturer MSI Computer Corp is making the divide between pricing and performance ever smaller with its new line of laptops and all-in-ones.

Of course, high-quality video is nothing without a matching level of audio. That’s why MSI’c systems supply 3-D sound by Nahimic, an audio performance technology that offers virtual 7.1 sound in immersive high definition. Designed to work with standard stereo equipment, Nahimic technology transports gamers into the action, allowing them to sense every footstep, hear each bullet whizzing past, and feel every explosion around them. Nahimic technology highlights even the smallest sounds, intensifies gameplay by boosting bass, and reducing noise for optimum in-game voice clarity and comprehension. It also features a high definition audio recorder to easily capture studio quality sound. This new technology currently is available for the GE60 / GE70 Apache gaming notebooks and the Gaming 24GE AIO.

END_OF_DOCUMENT_TOKEN_TO_BE_REPLACED