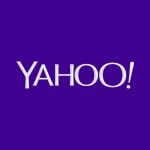 I’m sorry but I’m breaking up with you, and I’m afraid that it’s you, not me. We’ve been together for over ten years, from the early days of Flickr and Yahoo Groups, but you’ve hurt my feelings twice now and I think you’ve been cheating on me. It’s been fun but it’s not going to work out. There’s no longer any trust between us.

I’ll get my stuff out of your properties and return the keys as soon as I can. Goodbyee!

P.S. If anyone else wants to break up with Yahoo!, here’s the link https://edit.yahoo.com/config/delete_user.

In a recent Progress Report, Yahoo announced that it will be retiring a few of their products. The one that is getting the most attention is the Yahoo Directory. Is it strange that I feel nostalgia for a piece of the internet that I haven’t actually used in years?

Yahoo Directory is something I remember from when I was in college. It was the resource that made finding information on the internet a whole lot easier. I remember being excited that there were actual categories in place. Yahoo Directory made writing a paper, that had the requirement of finding at least one or two sources from “the internet”, a lot less time consuming. This was back before Google’s search engine even existed.

Yahoo was started nearly 20 years ago as a directory of websites that helped users explore the internet. While we are still committed to connecting users with the information they’re passionate about, our business has evolved and at the end of 2014 (December 31), we will retire the Yahoo Directory.

There are two other product changes to be aware of. Yahoo Education will close on September 30, 2014. Yahoo explains this decision by noting that the needs of the current users of Yahoo Education “are already well served by alternate online resources”.

The Qwiki app will shut down on November 1, 2014. Those of you who want to download the content you’ve created with Qwiki can start by clicking a link on Yahoo’s Progress Report and logging into your Qwiki account.

On November 24, 2013, researchers at Trustwave discovered that hackers have obtained up to 2 million passwords for websites like Facebook, Google, Yahoo!, Twitter (and others). Researchers learned this after digging into source code from Pony bonnet. It appears that information about this has only been made public very recently.

Here’s some quick stats about some of the domains from which the passwords were stolen:

Doing so won’t make it entirely impossible for hackers to crack it, but it could make it more difficult. Trustwave noted that only 5% of the 2 million passwords that were stolen had excellent passwords (meaning the passwords had all four character types and were longer than 8 characters).

Remember AltaVista? I was quite surprised to learn that it was still in existence. Many of us have moved on to other search engines since AltaVista was created. If you are feeling a sense of nostalgia about AltaVista, you should probably go use it soon. Its days are numbered.

Yahoo! acquired AltaVista in 2003. Yahoo! has announced several of the upcoming product closures. AltaVista will shut down on July 8, 2013.

The announcement suggests that people visit Yahoo! Search “for all your searching needs”. That’s one alternative to AltaVista. I suspect that most people are probably using Google for their “searching needs”. Bing is another option.

Typically, when a company shuts down something that had been offered for years, there is some public outcry from the people who are currently using it. Most of the news I’ve read about AltaVista expresses surprise that it has survived for this long. Today Yahoo! announced they have purchased Tumblr for $1.1 billion. Of course, Yahoo’s track record for buying companies seems to be that of a kid with ADHD at Christmas time – by February they want new toys. Will this be a great deal for Yahoo! or will we they just push aside for another acquisition down the road.

Tumblr, a microblogging and social networking platform that was founded by David Karp in 2007 was purchased by Yahoo! for $1.1 billion dollars. Tumblr brings in 175 employees and 108.5 million blogs that reach 44 million people. This inlcudes the thousands of blogs that were imported from Posterous a few months back.

The Exodus from Tumblr to WordPress May Show No Faith in Yahoo! Tumblr

According to Matt Mullenweg’s blog today, imports have spiked to WordPress after the news of Yahoo! purchase. “Normally we import 400-600 posts and hour from Tumblr, last hour is was over 72,000.”

Marissa Meyer replied with a “We won’t screw this up” answer. She posted on her own Tumblr (the one with a very annoying gif saying “NOW PANIC and FREAK OUT” followed by “Keep Calm and Carry On”. You can see the annoying gif here.

“We promise not to screw it up.” says Mayer. “Tumblr is incredibly special and has a great thing going.  We will operate Tumblr independently.  David Karp will remain CEO.  The product roadmap, their team, their wit and irreverence will all remain the same as will their mission to empower creators to make their best work and get it in front of the audience they deserve.  Yahoo! will help Tumblr get even better, faster.”

Flickr is doing a very interesting little promotion right now. They are giving everyone 3 months of unlimited storage for free. You can upload your photos to Flickr for free “all day, everyday” for the next three months.

During the Flickr Holiday Gift promotion, as long as you follow the Yahoo! Terms of Service and don’t trigger our anti-abuse controls, you can use an unlimited amount of free photo storage.

Note: To avoid abuse of our unlimited storage, we do monitor accounts for excessive usage. Yahoo! Limits the number and size of photos allowed from an account within a given timeframe. While our goal is to ensure that everyone benefits from unlimited storage, Flickr is not intended to be used as a content distribution network.

Here’s what the Flickr Holiday Gift promotion gives you:

* Unlimited photos (see note above). There also is a limitation of up to 50MB per photo.
* Unlimited viewing of your entire photo library
* Post photos in up to 60 groups
* Download your original, high-resolution photos – whenever you need them
* Upload and play unlimited HD videos.

To get it, just click the bright blue button that says “Get it now”. I clicked it to see if I could learn more about the offer, and unintentionally ended up accepting it. Oops! Once you activate the offer, it brings you to a page that says “Yay!” at the top.

It should be noted that I had a Flickr account previous to this offer, I still have it, and I let my Pro Account lapse a few months ago. My guess is that if you are brand new to Flickr you might have to give them some of your information in order to take advantage of this offer – but I could be wrong about that.

A little investigating revealed that by clicking on the “Get it now” box I have, inadvertently, re-activated my Flickr Pro Account. It is set to expire on March 22, 2013. So far, Flickr hasn’t asked me for any money. I suspect they will sometime in March, right before the Pro Account expires.

Perhaps Flickr is hoping that I, and all the other users that unintentionally re-activate their Pro Accounts, will love the extra free stuff enough to pay to keep it after the free 30 days ends. I kind of feel like I’ve been tricked into re-activating my Pro Account. So far, though, no financial harm has been done as a result.

Flickr may also be hoping that this offer of 3 months of unlimited free storage will attract the people who recently deleted their Instagram account after learning Instagram’s new terms of service. If so, that’s a pretty smart move on Flickr’s part.