If you spend even a small amount of time on the Internet, you’ll see some things that are just downright confounding. That’s why it’s good to view most things online with a healthy dose of skepticism. When I first saw an article about the XM42 flamethrower I thought it must be a joke. The XM42 is being touted as the “world’s first commercially available flamethrower.” An idea that is sure to evoke either pure delight or sheer terror, depending on your perspective.

The XM42 was dreamed up by a small company called The Ion Production Team. This quaint group of pyro-loving geeks describe their brainchild as, “…the world’s first fully handheld, grab and go flamethrower on the market. No heavy pressurized tanks, no silly car-wash sprayers.” The Ion team then go on to say that the XM42 has, “…endless possibilities for entertainment and utility. Start your bonfire from across the yard, or kill the weeds between your cracks in style.” Of course! What could go wrong?

If you’re wondering about the legalities of flamethrower ownership, no worries. The FAQ on the XM42 website states:

There are generally no restrictions on flamethrower ownership in the United States. However, we are currently aware that California and Maryland have legislation regarding flamethrowers… In California, unlicensed possession of ‘any non-stationary and transportable device designed or intended to emit or propel a burning stream of combustible or flammable liquid a distance of at least 10 feet’ H&W 12750 (a)—is a misdemeanor punishable with a county jail term not exceeding one year or with a fine not exceeding $10,000 (CA H&W 12761). Licenses to use flamethrowers are issued by the State Fire Marshal.’

END_OF_DOCUMENT_TOKEN_TO_BE_REPLACED April 1st has been described as the absolute worst day to go on the internet. Pranks abound, and, if they are good enough, you just might find yourself believing them. Personally, I find the plethora of April Fool’s Day jokes to be very amusing. Here’s a quick review of a couple (just in case you missed them).

Twitter posted a blog called “Annncng: Twttr”. The blog says that, starting April 1, there will be a change.

Starting today, we are shifting to at two-tiered service: Everyone can use our basic service, Twttr, but you only get consonants. For five dollars a month, you can use our premium “Twitter” service which also includes vowels.

The blog points out that “Y” should always be free to everyone – today and forever and that it will be included in the free Twttr service. Read the full blog for the inspiration behind the idea.

The Guardian has launched new “augmented reality” specs that have been specially designed to offer immersive liberal insight. They are called Guardian Goggles.

The device will enable users to “see the world through the Guardian’s eyes at all time”. Users will get an overlay of a real-time stream of opinions from The Guardian that are connected to whatever the user is looking at – be it a restaurant or a cinema. The article goes on to say the Guardian Goggles will also feature an optional built-in “anti-bigotry technology” that will automatically block out certain columns “as soon as the user attempts to look at them.”

Google has been busy! It announced it’s new Google Blue which is ready, after 6 years of developing the technology for it. According to Richard Pargo, Project Manager for Goole Blue was:

How do we completely re-design and re-create something, by keeping it exactly the same?

There’s more! Google has added a special feature to it’s search engine. Under the regular box, it says: “What’s that smell? Find out with Google Nose”. It is currently in beta. Users can “take a whiff” of the Google Aromabase, which includes 15M+ scentibytes. For the first time, ever, you can share a smell with your friends! There is SafeSearch function for users who are “wary of their query”.

YouTube will be shutting down, forever, at midnight, April 1, 2013. Their video explains that they will stop taking submissions at that time and will begin reviewing each and every video in search of a winner.

Cars that suddenly start themselves might sound like something out of a novel by Stephen King. Its a creepy concept! Your car, a man made object that definitely is not sentient, somehow develops the ability to start itself and run its engine via unknown means. This is the type of thing one expects to see in scary movies, not in real life.

Yet, that is exactly what has happened. Subaru is recalling 47,419 vehicles in the United States that have become “self-starters”. The recall affects some Legacy and Outback cars from the model years 2010 through 2013. It also affects Impreza sedans from 2012 through 2013 and XV Crosstrek crossover vehicles from 2013. This information comes to me from Reuters, who got it from documents filed from the U.S. National Highway Traffic Safety Administration.

How are these vehicles able to start themselves? The answer has nothing to do with magic or the supernatural. Instead, it is due to an unexpected quirk in the remote starter key fob. Dropping the key fob can result the vehicle’s engine starting – even if the ignition button on the fob was not pressed. The engine can then run for up to 15 minutes. It is also reported that the vehicle can continue to start, and stop, all by itself until either the battery in the key fob dies or the vehicle finally runs out of gas.

If you are the owner of one of these creepy vehicles that has gained the ability to start itself, you should be getting a letter from Subaru shortly. They will replace the remote starter fob at no charge. The recall only affects vehicles in which Subaru of America remote starter accessory kits have been installed. The recall will begin in April.

When I think about the key fobs that let drivers start their vehicles remotely, it makes me think of convenience. It lets a person warm up his or her car before they have to get in and drive to work. After learning about the Subaru recall, I’m going to be wondering how many “zombie” vehicles were out there, spontaneously starting themselves, in the wee hours of the night. 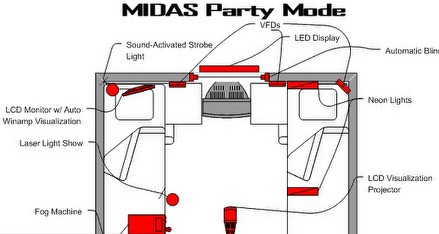 I love spicy foods, but this is out of control!

The sauce is 30 times hotter than the spiciest pepper and 8,000 times more fiery than Tabasco.