TiVo is rolling out a product that will insert pre-roll ads in DVR recordings. It is being tested now, but is going to become part of TiVo’s retail platform. Obviously, this move is a way for TiVo to make additional revenue.

According to Light Reading, TiVo confirmed that the pre-roll ads are skippable, in the same way that customers can skip commercials inserted in TV shows and movies recorded to the DVR. TiVo expects this to be fully rolled-out to all eligible retail devices within 90 days.

The Verge reported that the pre-roll video advertisements before DVR recordings will be for all customers. That includes those who have a lifetime subscription plan. Eligible retail include Tivo Experience 4 (which is the latest software version). The Verge stated that TiVo might extend the advertisements to products on TE3.

It appears that some TiVo customers are displeased by this change, and have taken to the TiVo forums to express themselves. Some are upset that they are paying for a TiVo subscription and will also be having to put up with ads.

My best guess is that there is a possibility for TiVo to lose customers as a result of their decision to insert pre-roll adds. The TiVo Support Twitter account has been responding to plenty of customers who are letting the company know that they dislike the pre-roll ads and do not want them. At a glance, it looks like TiVo is giving a copy-pasted response to everyone.

Personally, I do not own a TiVo. But, I am aware that one of TiVo’s selling points is the ability to watch TV shows without having to sit through the ads. I think TiVo would do better if they did not serve ads to their paying customers. Perhaps TiVo could raise revenue by offering a free version of their service and put the ads there instead. 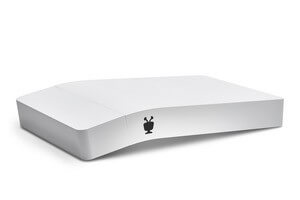 TiVo BOLT will let you skip the commercials in the shows you have recorded. It was designed with the viewer’s perspective in mind. In general, viewers don’t like commercials (with the possible exception of the ones played during the Super Bowl).

One of the least appealing things about watching television is the frequent commercial breaks. People tune in to watch a show they like and tune out when the commercials come on. Some use that time to channel surf, while others leave the room in search of a snack. No one turns on the TV in the hopes of being shown advertisements.

TiVo BOLT differs from the TiVO’s existing devices in many ways because it has been given new features that are designed to enhance the television watching experience.

One feature is called QuickMode. It lets you watch your recorded shows 30% faster. Pitch-corrected audio allows people to speed through slow-moving shows like news, sports events, and award shows without compromising the viewing experience. It also lets you skim past the commercials.

SkipMode gives you an additional way to fast-forward through the commercials in shows that you have recorded. Press one button, and SkipMode will automatically skip over the commercials and instantly bring you right back to the program you wanted to watch. (SkipMode is not available for all recorded shows).

TiVo BOLT has a bent shape, which is intentional. The new shape eliminates the need for vents or other lines on the top and sides, and also allows cooling from the bottom. TiVo BOLT became available on September 30, 2015. TiVo has made what I consider a strategic blunder in announcing their new subscription plans. If new subscribers are not willing to sign a three year subscription fee the monthly charge for the service is going to be $19.95 per month. Let me see I have a HD-DVR from my cable provider that cost me $9.95 per month why would I want to pay $19.95 per month on a device that will likely be obsolete in two years. Someone at TiVo did not in my opinion think this through; no educated consumer would sign a three year contract that has a $150.00 early cancellation fee.

Sorry No TiVo for me. [www.zatznotfunny.com]

A TiVo Series Three Receiver was on my shopping list for this Christmas season. I have been watching the reviews of the unit and the new C|Net review of the Series III that I saw today makes me wonder if I should take the unit off my wish list.

We all have learned to hate DRM, and we all hate devices that are overzealous in enforcing DRM. It seems TiVo has got DRM fever and is running scared from the studio’s. Additionally I am not real happy with devices that make you revert to old school techniques to archive programming. Check out these two depressing quotes from the review.

“the only way to archive your TiVo Series3 recordings is the old-fashioned way: dump them to a video recorder in real time.”

“Once again, though, overzealous copy protection has taken something simple and turned it into a Sisyphean ordeal. All we wanted to do was watch TV, and connect our gear with a minimum of cables and wires. Thanks to DRM, that simple task becomes more difficult all the time.”

Once you read the linked review and determin where they had specific hardware connectivity issues you may be inclined as I am to not to move forward with a purchase of this unit. I have said it once and I will say it again because it is worth repeating. The manufactures and their willingness to roll over on consumers will be the ultimate demise of fair use. They will wait till our legacy systems wear out and then kill functionality with new products.

It is obvious that DRM is halting innovation and the ability to re-utilize media that is legally yours to record and enjoy. [Cnet.com]

Well I have some information on TiVo that many of you are not going to be happy about. TiVo is picking the content that they want they have a editorial team that picks what gets listed. I have it on pretty good authority that the format has to be short, absolutely child safe, produced on a consistent basis and much be as near broadcast quality as possible. I understand the need for a child safe format on their network, not good to have mom come home and have the kids getting a earful of adult material.

I am not sure I agree with their strategy in the way subscribers can manually add a show as the interface is beyond painful. They live and die by the ease of use of their interface but if you have a TiVo try entering your Podcast URL. Their is no way to supply a single click subscription button to get your show added to the device from a remote website.

The platform is very closed at this point and hopefully they will listen to the community and open up and make it easier for us to get our shows manually added to a device subscription list, for all of our TiVo listeners and readers. If you work at TiVo and would like to collaborate on a way to make it easier for the rest of the community to allow people to one click subscribe to our shows please drop me a line geeknews@gmail.com

It’s pretty obvious that TiVo did not put a lot of thought into their roll out of podcasting support. TiVo you blew it you should have reached out to podcasters and let them give you some input you have missed a golden opportunity here. You can save face by reaching out to the community and asking for some help. You should have came to leading podcasters made them sign a NDA and asked for our guidance in the first place. Let’s talk. [Mike’s Information Technology Blog]