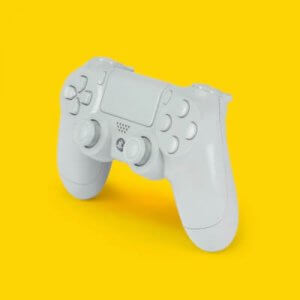 Sony has joined a growing number of gaming companies that have made the decision to stop selling their games and consoles in Russia. Those companies include Epic Games and Activision Blizzard, Microsoft, Electronic Arts, and CD PROJEKT Red. I suspect that more gaming companies will join them and suspend their sales in Russia.

On March 9, 2021, @PlayStation tweeted: an image full of text and the PlayStation logo. It said:

“Sony Interactive Entertainment (SIE) joins the global community in calling for peace in Ukraine. We have suspended all software and hardware shipments, the launch of Gran Turismo 7, and operations of the PlayStation Store in Russia.

“To support humanitarian aid, Sony Group Corporation announced a US$2 million donation to the United Nations High Commissioner for Refugees (UNHCR) and the international NGO, Save the Children, to support the victims of this tragedy.”

Previously, Eurogamer reported that Sony had quietly pulled PlayStation’s new blockbuster racing game Gran Turismo 7 from sale in Russia. Today, Sony officially announced they have suspended not only Gran Turismo 7, but also all software and hardware shipments in Russia. The tweet from @PlayStation makes it official.

The Washington Post reported that the announcement by Sony proceeded its scheduled State of Play broadcast, which contained few new reveals.

According to The Washington Post, Sony hedged in its initial show announcement not to expect any updates about its next-gen virtual reality headset, PlayStation VR2, or games for that hardware; instead, the 20-minute broadcast stuck to PlayStation titles slotted for the 2022 and 2023 release calendars, most of which had been previously shown.

CNBC reported: Sony’s decision is one of the industry’s most significant moves yet. The company has the biggest presence in Russia of any console maker, according to industry insiders.

According to CNBC, “PlayStation has the largest installed base, so if a company on the console side has a particularly hard choice from a financial angle, it’s Sony,” Lewis Ward, head of gaming at research firm IDC, recently told CNBC.

Sony Corporation and Epic Games Inc. announced that Sony has agreed to make a strategic investment of $250 million to acquire a minority interest in Epic though a wholly-owned subsidiary of Sony. The investment cements an already close relationship between the two companies and reinforces the shared mission to advance the state of the art technology, entertainment, and socially-connected online services.

The investment allows Sony and Epic to broaden their collaboration across Sony’s leading portfolio of entertainment assets and technology, and Epic’s social entertainment platform and digital ecosystem to create unique experiences for consumers and creators. The closing of the investment is subject to customary closing conditions including regulatory approvals.

Venture Beat reported that the relationship between Epic and Sony was strengthened when Epic first showed the Unreal Engine 5 graphics running on a PlayStation 5. Previous to Sony’s investment, Epic raised $1.58 billion in three previous rounds of funding. In 2012, Epic received a $330 million investment from Tencent for a 40% ownership stake.

Epic Games is the developer and publisher of Fortnite, a game that is incredibly popular. This popularity was enhanced by Ninja (Tyler Blevins) who started streaming Fortnite on Twitch, then moved to Mixer, and then moved to YouTube. Fortnite, according to Hollywood Reporter, has 350 million registered users.

So, what is Epic getting from the Sony investment? Business Insider reported that Sony’s $250 million investment puts Epic’s current valuation at just under $18 billion.

What is Sony getting from this investment? Hollywood Reporter suggests that Sony will benefit from Epic’s Unreal real-time gaming engine, which is growing in use in Hollywood animation, VFX and production communities. Unreal was used in Jon Favreau’s The Mandalorian. So, the collaboration between Sony and Epic could benefit Sony Pictures.

It’s a big weekend for gamers as E3 goes online because of Covid-19 with Sony launching the PS5, the Gaming Show 2020 and the latest games from EA and Ubisoft.

Sony revealed the PS5 last night, and while the jury’s still out on the design, the games line-up looks pretty solid with a ton of games trailers – GTA V, GT7, Ratchet & Clank, Spider-Man: Miles Morales. Sony’s The Future of Gaming Show video is here and it starts with the upcoming games roster. For the hardware, jump forwards to about 69 minutes to see the new PS5 consoles which will be coming in two variants; the standard PlayStation 5 that will take 4K Blu-Ray disks and a slimmer diskless Digital Edition. It looks like a powerful console but the white design so reminds me of stormtrooper armour. It’s a noticeable departure from the largely black box of the PS2 through PS4. At this stage, availability is “holiday 2020” and there’s no news on price.

Also part of E3 (Electronic Entertainment Expo) online event, the PC Gaming Show will give everyone a chance to see the latest gaming news with over 50 games trailers over a promised two hours. It kicks off at 2pm EDT on a variety of social media platforms. I’ll be keeping an eye on the PC Gamer YouTube channel to see what’s coming to PCs over the next few months.

EA will be demoing their latest and greatest on 18 June and Ubisoft will be showing off their wares later in July. If you’re a gamer, there’s plenty to keep you busy over the next few days. 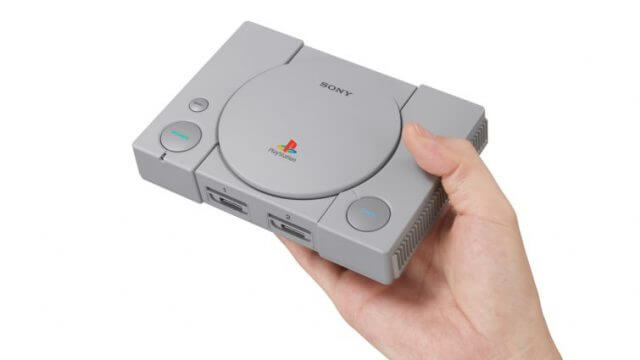 Taking a page out of the Nintendo playbook Sony is bringing back it’s original PlayStation Classic almost 25 years as it was introduced. Using modern electronics it will be a mini-me version 45% smaller than the original console. The device is going on pre-sale and will be available for $99.99. Fans can pre-order from Gamestop, Walmart, and Best Buy.

It will come pre-loaded with 20 games that defined the Sony brand from those classic days Final Fantasy VII, Jumping Flash, Ridge Racer Type 4, Tekken 3, and Wild Arms.  Sony says Visit PlayStation.com for more details on regional availability, and they will announce on the Blog the full lineup of titles coming to PlayStation Classic

The accessory lineup looks great. It will be interesting to see if this is a popular Christmas item. If nothing else it’s a cool item to collect!

The promise of smart, connected devices is that they give us functionality beyond what a “basic box” can offer. Consumers have been adding internet-based entertainment options to TV sets for years, usually thru external devices like Chromecast, Roku, or Apple TV. In recent years, television manufacturers began adding native apps that run inside their TV sets. These apps allow users to access different services right there on their TVs. But these types of native apps aren’t usually updated as often as their set-top box counterparts.

Media-streaming technology is constantly changing, so it’s very important for these types of apps to stay current. In an unfortunate turn for some Sony Bravia TV owners, the company announced it will no longer update its native YouTube app:

It has been confirmed that the “New YouTube on TV” app on 2012 Sony BRAVIA TVs will experience symptoms of “Black Screen and Freezing”, or an “Error Message will be displayed and the video will stop playing”.

The symptoms being experienced are not a failure of the TV, but are as a result of specification changes made by YouTube that exceed the capability of the TV’s hardware.

As a result, Sony have decided to remove the YouTube icon for the 2012 Bravia TVs on 30th September 2016.

The YouTube application will no longer be available for the 2012 Bravia TVs after 30th September 2016.

If you’ve been enjoying YouTube on a 2012 Bravia TV, you’ll need to look for another way to get those videos.

Sony New Zealand teamed up with trainers at Kelly Tarlton’s Sea Life Aquarium for a unique project called “The Octographer”. They taught an octopus named Rambo to how to use a Sony Cyber Shot TX30 camera. The camera was placed in a special rig that would hold it in place and allow Rambo to push down on a red shutter to take a photo. It only took her three tries to learn how to do it!

Rambo is now the world’s first octopus photographer. Some of the photos she took of people who stood in front of a backdrop can be viewed on the Sony New Zealand Facebook page. The Sony Cyber Shot TX30 is resistant to water, dust, shock, and low temperatures.