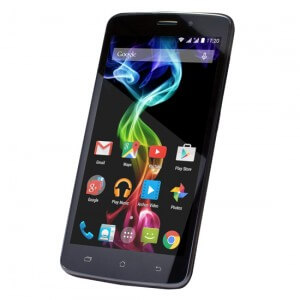 I have a number of Apple products and I’ve been a bit of a fan in the past. Apple products of the past represented genuine value. Not only would the operating system continue to work well on aging hardware, but Apple products used to be repairable.

I’ve had a Sprint HTC Evo 4G for about two and a half years. The original Evo is still a great phone, but it obviously cannot work with Sprint’s new LTE network, so it was time to upgrade.

About a month ago I was seriously considering an iPhone 5. However, the details about the new iPhone 5 screen size began to emerge and I didn’t like what I was hearing – it was only a 4” inch screen. My Evo had a 4.2” inch touch screen, and I didn’t want to go to a smaller screen size – if anything I wanted an even bigger screen.

The original Evo was admittedly a battery hog – I knew that would be the case with it going in. Fortunately, the original Evo has a user-changeable battery. I changed batteries twice in two years. The way I use my phones, I destroy batteries – I MUST be able to easily replace them myself. So besides the smaller 4” inch iPhone 5 screen, it has a sealed battery. (Incidentally, the latest HTC Evo LTE also has a sealed battery, also making it a non-starter for me.)

So, I ended up getting a 16 gigabyte Samsung Galaxy S3 from Sprint. The S3 has a gorgeous AMOLED 4.8” touchscreen along with a user-replaceable battery, which tipped the balance for me in the end. I have the unlimited data “Simply Everything” plan, so I am able to use my phone as my podcast aggregator as well as the playback device. I transferred the 32 gigabyte Micro SD chip from the Evo to the S3 and can even go to a 64 gigabyte chip if the need should arise.

Apple revolved around Steve Jobs and his innovative brilliance. Steve Jobs had some serious personality flaws, but he was able to succeed in spite of those flaws. Now that Steve is gone, I fear that Apple as a company has embraced Jobs’ personality quirks as if they were the source of innovation.

Having high-priced products that cannot easily be repaired for me is a deal-breaker.

By the way, the Samsung Galaxy S3 is an awesome device and I could not be happier with my choice. Snowboarders, skiers, mountainbikers, sky divers, hunters – if you want to show off your latest adventures to your friends and enemies, then Contour’s new bullet cam is the way to do it. Andy gets the deets from Marie at Contour.

The Contour+ was launched back in spring 2011 and quickly gained a following among the extreme sports crowd for the great video quality but at $499, it’s a little pricey, even if it does come with GPS, Bluetooth and an excellent lens.

The new ContourRoam arrived in the autumn and is a more affordable $199. It doesn’t have all the features of its more expensive sibling but it does have the 170 degree wide angle lens and it’s very easy to use with a simple on-off slider switch suitable for gloves or cold hands. Battery life is around 3 hours.

In the video, Marie claims that the camera doesn’t support microSD cards, but all the literature on Contour’s website suggests otherwise. There’s some great video footage on the site, too.

Todd talked to Scott at the Toshiba booth about the new “SuperSpeed” USB 3.0 Thumb drives that will be available this spring. The drives are up to 10 times faster then USB 2.0 at 220mb/sec reading and 94mb/sec writing.

For more information check out toshiba.com