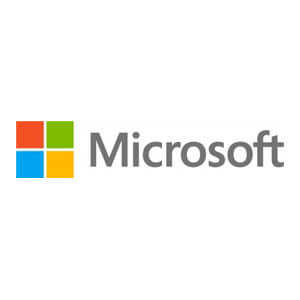 Microsoft Office 365 is for home user and businesses. In the former case it’s a good deal providing the software for five computers in the customer’s home for a monthly or annual fee. The deal for business is tiered, depending on size, but that’s Microsoft’s biggest customers and it aims to keep them.

To that end, the company is unveiling new enhancements to communications within Office 365. Vice president of Microsoft Office Kirk Koenigsbauer reveals the news in some detail. Also being annouced are some new security features that Microsoft says will add “significant new security and analytics capabilities aimed at dramatically improving our customers’ ability to protect their organizations and glean insights from data”.

Much of the communications is built on Skype, which Koenigsbauer points out has become a verb in today’s world. That’s true, it joins the realm of things like Xerox, Google and Kleenex.

Added are PSTN conferencing which allows people to dial into a meeting from a handset, Skype Meeting broadcast allowing for up to 10,000 attendees and cloud PBX which hopes to let business drop the traditional systems.

On the security side, there is the new Delve Analytics that claims to provide better management of time and relationships. There’s also Customer Lockbox, which Microsoft says will “Give customers new approval rights, transparency and control over their data in the cloud”. Finally there’s Advanced Threat Protection to try and keep people safe from malware and viruses using behavioral analysis.

That should be enough to keep Microsoft’s biggest customers happy for a little while.

Scott talked with Nigel Sharp from Lionsharp, Inc. about their latest product, an interactive presentation technology called Voiceboard. With both voice and gesture control, Voiceboard’s innovative application enhances your office presentations and allows you to manage slideshows, display web pages, play videos, and much more.

This week was the monthly Patch Tuesday, a time when Microsoft sees fit to push out updates to various software, most notably Windows and Office. Its a tense time, thanks to past problems that have resulted in unbootable computers for some customers. This month did not cause anything quite so drastic, but it also did not pass without notice.

The company pushed a patch for Outlook 2013, but quickly had to pull that particular update from the set due to reports of customers having issues with KB2817630, which was a non-security update.

The problem arose from a version incompatibility between outlook.exe and mso.dll, a mismatched reference to a data structure causes the “minimize” button in the navigation pane to render incorrectly, typically by appearing extremely large to the point that the navigation pane is “invisible” to the user. The issue only appears when incompatible versions of outlook.exe and mso.dll exist on the system.

Not all versions of the latest Outlook for Office were affected:

Microsoft promises that it is “working on re-publishing the September Public Update with the correct versions of both mso.dll and outlook.exe to ensure users with automatic updates enabled will receive the correct fix. We will update this blog with further information as our schedule develops”.

Powerpoint and data projectors have become synonymous with business presentations and I dread to think how many people I have bored over the years. As with almost any technology, the data projectors have got smaller and cheaper, but this was the first time I’d seen how small personal projectors had become. As you can see from the photograph, most would actually fit in a (large) pocket. 3M have a range of seven projectors, of which four were on show at The Gadget Show. Unsurprisingly, the different models have different capabilities and there’s more product information here (not all the new models are on the site yet), but I was genuinely impressed by how good the pictures were. The NEC is not a darkened room and yet it was easy to see the presentation or film that was being projected.

As you’d expect the different models have different features; battery size, wireless connectivity, in-built memory and a new model, the MP220, runs Android (it’s the one on the left side of the photograph). I chat with Peter from 3M about the new additions to the range.

For two days in a row the Google Docs team has announced an update to their online office suite offering.  Yesterday they enhanced the printing ability of Spreadsheets and today they have added pagination.

The enhancement to Spreadsheets printing in two-fold.  The first the addition of of spreadsheets support for Google Cloud Print.  When viewing your spreadsheet on a mobile device you will now find a “Print” option just below the document title.  You will first need to set up your printer for “the cloud”.  Google Cloud Print is supported for Android 2.1+ and iOS 3+. The second part of the Spreadsheets printer update involved the desktop version of Docs.  Google added more print options such as spreadsheet titles, sheet names and page numbers.  You can now control which of these you want to print. Today’s Google Docs update is the addition of pagination.  Google claims that it is “another first for web browsers by adding a classic word processing feature—pagination, the ability to see visual pages on your screen.”  It is rolling out throughout the days and will be available to all users before tomorrow.  For users, this means you will be able to see page-breaks so that you can see how many pages are in a document and change your layout to get the look you want.  According to Google “Because we’re able to show you individual pages, we can improve the way other features work too: headers now show up at the top of each page instead of just at the top of your doc, manual page breaks actually move text onto a new page and footnotes appear at the bottom of the pages themselves.”  You can also hide page breaks if you prefer a continuous view.  Simply click View – Documents View and choose between Paginated and Compact. Google Docs continues to excel forward as it becomes the best online office suite available.  Microsoft may want to get moving on their offering, which is still in private beta.

Google announced today another update to their online Docs software.  If you haven’t used Google Docs, it basically an online Office-type application that beat Microsoft to the punch.  Docs is great for online collaboration and cloud storage.  The latest update allows users to graph multiple ranges and the ability to hide sheets.

Graphing multiple ranges can be done by clicking on Select ranges… and add another range. This gives users the ability to create charts that show multiple graphs to contrast different trends.  It’s handy, especially if you want to contrast and compare such things as origins of web traffic or company income.  It’s something users have wanted for sometime now. The ability to hide sheets is another Spreadsheet addition that Docs users will find helpful.  To enable it you simply need to click a sheet and choose Hide Sheet.  This doesn’t completely remove the sheet from a users view – to bring it back into view you can click the Hidden sheets option in the View menu.  This probably isn’t as needed as the graphing addition, but I’m sure there are users out there that were really wanting this option. While Microsoft’s online version of Office, known as Office 365, continues to languish in private Beta, Google Docs is moving forward.  It’s encouraging that they are coming closer to a full suite that can rival Office.  They aren’t there yet, but in terms of online applications they are probably ahead.  And that, going forward, is probably the best place to be.

I just finished listening to the unabridged Audible audio book version of “The Man Who Lied To His Laptop” by Clifford Nass and Corina Yen.

After many years of working as a software interface design consultant, Clifford Nass has developed the theory that human brains cannot completely and fundamentally distinguish the difference between interacting with people and interacting with devices. This book details nearly 30 experiments Nass has performed that back up this revolutionary theory.

Remember “Clippy” from Microsoft Word? Chances are, the mere mention of the dreaded Microsoft Office animated paperclip brings up wildly negative feelings. Clippy’s main flaw was that he couldn’t learn and kept badgering Office users over and over for carrying out repetitive tasks that were not mistakes. Even though users “knew” that Clippy was just an animated character, part of their brain actually related to Clippy as a real, despicable character that lived in their computers.

Similarly, BMW had a big problem with male German car owners complaining loudly about the integrated BMW GPS units. It turns out that German men objected over and over again to BMW’s help line that the BMW GPS units came equipped with a female voice, and that just wouldn’t do, because it just wasn’t “right” to take driving directions from a female voice. “Knowing” that mostly male engineers had developed it wasn’t enough to eliminate the problem.

The book is filled with some rather amazing results of experiments that indicate just how suggestible the average person really is. Be afraid. Be very afraid.