This is a breaking story so we’ll provide updates as they become available.

As of this writing, both Facebook and Instagram are down, at least here within the United States. We are also receiving reports of an outage in Europe. Oddly enough, the website IsItDownRightNow also seems to be experiencing problems making information harder to come by.

Right now, all information is coming in from Twitter.

While we have no reason to think this anything out of the ordinary, we should mention that there was a perhaps controversial release of information regarding the Facebook platform reported on 60 Minutes last night and it certainly has some people talking today.

Continue to check back for new information.

UPDATE 1: While the service IsItDownRightNow is running fine again (seems to have just been a short glitch), Facebook, Instagram, Messenger and WhatsApp remain completely down

UPDATE 2: Per @TheInsiderPaper “Facebook’s DNS problem is actually affecting the internet. DNS providers are being hammered with queries.”

UPDATE 3: Facebook is back up, but rolling out to users slowly. 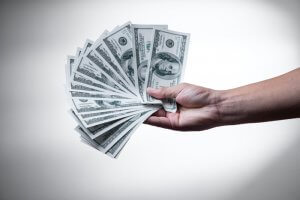 One of the ways that the U.S. government is attempting to help businesses affected by COVID-19 is through a business loan program called the Paycheck Protection Program. It is a temporary loan program that provides for forgiveness of up to the full principal amount of qualifying loans guaranteed under the Paycheck Protection Program. Startups are excluded from obtaining these SBA loans.

Tech Crunch reported that is seems that non-profits and faith-based groups are eligible to apply for the Paycheck Protection Program. Most venture-backed companies are still not covered.

At its essence, the issue for startups seems to be centered on the board rights that venture investors have when they take an equity state in a company. For startups with investors on the board of directors, the decision-making powers that those investors hold means the startup is affiliated with other companies that the partner’s venture firm has invested in – which could mean they’re considered an entity with more than 500 employees.

In order to be eligible for the Paycheck Protection program, a company must have fewer than 500 employees. The company must also meet the affiliation rule which excludes most small businesses from qualifying as small businesses if they are owned by a private equity firm – by “affiliating” all of the company’s employees with those of the private equity firm’s other portfolio companies.

There’s been some confusion regarding which types of businesses can get a PPP Loan. On April 2, 2020, House Minority Leader Kevin McCarthy (R-Calif) told Axios that venture capital-backed startups will become eligible for $350 billion in PPP business loans. But, things changed after that.

The Treasury Department released information clarifying who can apply for a PPP Loan. “All businesses – including nonprofits, veterans organizations, Tribal business concerns, sole proprietorships, self-employed individuals, and independent contractors – with 500 or fewer employees can apply.” There’s no mention of venture capital-backed businesses. 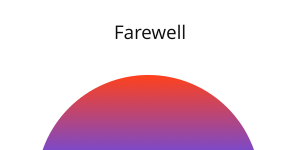 Trove is a news aggregator that collected stories from thousands of sources, including the big publications and smaller niche blogs. Readers were able to pick the stories that were considered to be the most share-worthy. It functioned like a community of people who were picking out, and sharing, news that interested them.

Trove recently posted a blog titled “Goodbye from Trove”. The blog post said that the Trove team has been integrated with SocialCode. Trove.com and its corresponding apps will be shutting down, forever, on December 16, 2015.

It’s time to say goodbye. https://t.co/eyIOzlS1A2 & our apps will shut down on 12/16/15. Thanks for all the support! pic.twitter.com/JNVmOJlWRN

SocialCode posted their own blog which stats that the Trove team will be integrated into the SocialCode team. It also says:

For years, social sharing message board Reddit has carried the tagline “The Front Page of the Internet.” Thanks in part to Reddit’s “upvoting” system, which allows users to push items they like to its front page, Reddit has become a reliable source for bringing interesting things to a wider audience.

With this history in mind, Reddit will launch a dedicated news site. Cleverly called Upvoted, the new site will consist of a mixture of different topics, handpicked by a dedicated editorial team. Upvoted itself will actually work quite different from Reddit. Upvoted won’t have a user voting system of its own, nor will it allow for public comments.

The launch of Upvoted is being seen by many as an opportunity to make Reddit more “friendly.” Not just to users but also to advertisers. Reddit has had somewhat of a checkered past, having been embroiled in a number of controversies. Many of its users view Reddit as an “anything goes” zone, where they can post whatever they want. But this mentality can be problematic, as it may offend other users or drive potential sponsors away who don’t want to be associated with Reddit’s Internet drama.

Upvoted launches Tuesday, October 6th. The site is currently showing only a login screen on a protected WordPress page.

In the wake of concerns regarding abuse and harassment on social networking site Reddit, the company has adopted a new anti-harassment policy with stricter rules and consequences for abusive activity.

A survey of 15,000 Reddit users in April found that negative and offensive content is the number one reason why users avoid the site and encourage their friends to do the same. In a recent statement, interim CEO Ellen Pao said, “The community wants these improvements… We believe less harassment means more participation, leading to more free expression, better conversations, and better communities.”

Systematic and/or continued actions to torment or demean someone in a way that would make a reasonable person (1) conclude that Reddit is not a safe platform to express their ideas or participate in the conversation, or (2) fear for their safety or the safety of those around them.

Reddit continues to recognize the importance of free speech, stating that the updated policy “will have no immediately noticeable impact on more than 99.99 percent of our users.” The company hopes to make Reddit a safe, inspiring place to share and interact without the underlying threat of abuse and harassment.

Just when you think you’ve heard the last bit of bad news from Electronic Arts (EA), more is revealed. On March 18, 2013, CEO John Riccitello resigned from the company. His position was temporarily taken over by Chairman Larry Probst, who was a previous EA chief executive.

Riccitello’s resignation was probably not a huge surprise to many. EA has had a history of difficulties with their games. In June of 2012, Star Wars The Old Republic (SWTOR) went “free to play”. Shortly after that, EA stopped reporting the number of subscribers the game had (which is never a good sign). Earlier this year, EA gained a lot of negative attention after the fiasco that followed the launch of SimCity. Many gamers were frustrated by the problems with the game, and felt that EA took too long before it acknowledged the problems or tried to fix them.

This month, EA announced that it will be retiring three of the games that are currently available through Facebook. Those games are: The Sims Social, SimCity Social, and Pet Society. They will be gone, forever, as of June 14, 2013. EA has been suggesting that players try out some of the Facebook games made by PopCap (which EA owns) instead.

Today, Kotaku reports that EA has done some layoffs, and is streamlining some of its divisions. Kotaku has published a memo from Larry Probst that was sent to workers while the layoffs were occurring. Here’s a piece of that memo that was released on the EA blog

In recent weeks, the executive team has been tasked with evaluating every area of our business to establish a clear set of priorities, and a more efficient organizational structure. This process has led to some difficult decisions about the number of people and locations needed to achieve our goals.

The workforce reductions which we communicated in the last two weeks represent the majority of our planned personnel actions. We are extremely grateful for the contributions made by each of these individuals – they will be missed by their colleagues and friends at EA.

Other portions of the memo note that Andrew Wilson will take on leadership at Origin (which EA owns). The Vancouver Sun reports that PopCap Vancouver and Quicklime Games studios are shutting down as part of the restructuring at EA. This resulted in some layoffs. Some PopCap Vancouver employees will be placed in jobs at other PopCap or EA studios.