OpenSUSE has dropped an update to its Linux distro, Leap 15.3, eleven months after the previous release. This new release includes updates to the desktop environments KDE, Gnome, Xfce and Sway; new packages for education, research and health; artificial intelligence packages; improvements to containers and virtualisation.

The team at OpenSUSE has been working hard behind the scenes as well. Leap 15.3 has been brought in line with SUSE Linux Enterprise 15 SP3, providing binary compatibility and build configurations are standardised between the two distributions. As a result, migrations from Leap to SUSE Linux Enterprise Server are now easy and straightforward.

There’s a big list of feature improvements across a range of areas:

For Linux fans, there’s a 24 hour online release party hosted by OpenSUSE so if you are reading this on the day, you can join the party at the bar. Contributors and developers will be at the party so you can get to know the people behind the software.

I have to admit that I’m unclear as to why it’s branded “RC” on the website as there’s no suggestion in the press release that this is anything other than a production version.

From personal experience, the last upgrade was very smooth so I’m expecting 15.2 to 15.3 to be as straightforward. I’ll kick off the download shortly but if I encounter any issues, I’ll report back here. 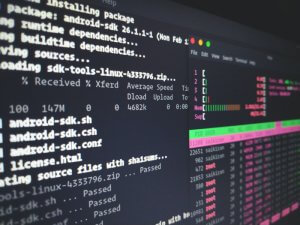 For Linux fans, there’s a new version of OpenSUSE Leap out today, bringing the version number to 15.2. OpenSUSE is one of the big Linux distributions so it’ll be a solid release. “Leap” is the distribution’s traditional regular release programme, compared with the rolling release of “Tumbleweed”.

In additional to the 5.3.18 kernel, KDE is bumped to 5.18 and Gnome to 3.34. SUSE has always been a strong proponent of the KDE desktop (my personal favourite) so I’ll be checking that out later. LibreOffice brings word processing and spreadsheets to the party and Gimp is on hand for image editing. As you’d expect in 2020, there are a pile of AI and machine learning tools including Tensorflow, PyTorch and ONNX. A feature list is included here.

“Leap 15.2 represents a huge step forward in the Artificial Intelligence space,” said Marco Varlese, a developer and member of the project. “I am super excited that openSUSE end-users can now finally consume Machine Learning and Deep Learning frameworks and applications via our repositories to enjoy a stable and up-to-date ecosystem.”

I run OpenSUSE on my main PC so I’ll be upgrading soon. Based on my experience of previous upgrades, the OpenSUSE team have got the online upgrade process down to a fine art. A few clicks and the upgrade gets under way.

For those who feel more confident with a DVD or USB, a full distro is available for download as well. It’s always good to have a copy to hand in case of hard drive failure too.

In the same way as you wait ages for a bus only for two to come along at once, it’s the season for new Linux releases. Today Canonical released Ubuntu 14.10, aka Utopic Unicorn, and in less than two weeks OpenSuSE will push out 13.2. I’m a SuSE user so I’ll be downloading that over the weekend and getting stuck in.

It’s good to see such a flurry of activity. The new releases all have a plethora of new features. Interestingly, Ubuntu is going after the Android developers with the new Ubuntu Developer Tools Centre which helps coders develop apps. The new Centre downloads the Android toolkits along with libraries and dependencies, bringing them into the launcher. Although first available for Android, the plan is to extend this to other platforms such as Go and Dart. A big win too is that Netflix now plays in Chrome without any trickery!

From OpenSuSE, the new release focuses on the much-improved Gnome desktop (3.14), though KDE users aren’t forgotten either with plenty of improvements there too. I think it would be fair to say that it’s an incremental release but there’s still plenty to look forward to – more will be revealed as the release gets closer.

Reflecting on recent use, I don’t get to use my desktop as much as I used to. Like many other people have found, tablets have taken over for day-to-day computing and the desktop has been relegated to occasional use. Between a Nexus 7, a Chromebook, a local NAS and the cloud, my big box is heading for extinction. Much as I love tinkering with Linux and RAID, I really don’t know if I’ll replace the PC when the time comes. It is undoubtedly a post-PC era. 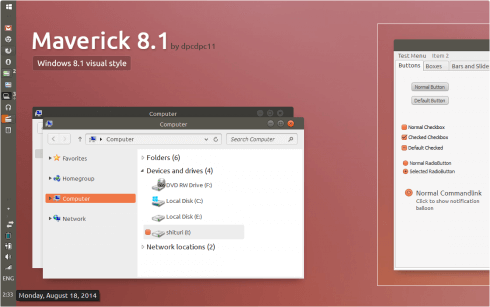