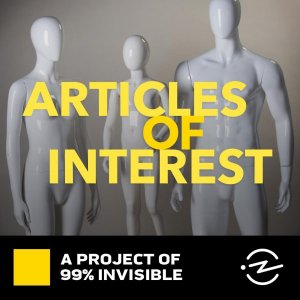 Today I had a BigMac attack the first time in a long time and I also wanted to verify a rumour that was going around the office. They guys were telling me that the order taker at the drive-thru was in California, remember I live in Hawaii!

I rolled up to the Golden Arches and got in the drive-thru line. When I got done placing my order I asked the person taking the order if it was true that she was taking orders from California. When she replied yes I said that’s weird, she did not reply. I also asked if she was really in California and not India or someplace else. Again no Reply

The usual window that is open to take money and has the person taking the drive-thru orders was closed, but I could see in the window the ordering monitor was alive with activity. The screen that they usually press to enter orders was updating on it own with no one touching it.

When I got to the checkout window I asked if it the person taking the order was really in California. The guy looked at me and said thats what were supposed to say and gave me a wink? This surprised me and it really pushed one of my get pissed off buttons.

I told him to cancel my order and to inform the manager I would not support a food chain that outsource service level jobs. I was pretty sarcastic when I told him that, I added that at least they could not out source him. That earned me a smile. He actually said thanks when I drove off.

I don’t go to McDonald’s very often, but it makes me really mad that they are outsourcing service level jobs to either a foreign country or another state. Normally those entry level employees would spend their paychecks in this state and add to the tax base.

I am unsure how widespread this is, but I will never step foot in McDonald’s again. They will never ever get a single penny of my families money. I hope this makes you mad enough to vote with your wallet.

Note: I will continue to support the Ronald McDonald houses as that is a wonderful organization and a charity worth supporting!

What caught my attention in a press release by Microsoft today, is that a local guy here in Hawaii was on the list of people Microsoft is going after, allegedly Billy Williams of Kailua, Hawaii is one of eight individuals that Microsoft is going after in a big way. Doing a Google search shows that this guy has has some net trouble before. I am sure this will make the news here, but oh man to have the heat of Microsoft upon you is not a good thing.

A week or so ago I was contacted by a person I have met at Sprint and we discussed my connectivity issues at the Honolulu International Airport, he assured me they were going to find out why the gate I was at did not have a connection. Meanwhile I am now a pretty happy camper and have canceled a dial up account I have that was being used from time to time. I am able now to have close to broadband connectivity almost anyplace that I am working from, luckily they turned a critical area on a couple of weeks ago!

The increase in productivity is just amazing, things I would never consider doing before I am able to do now with no issue. So I am a very happy Spring EV-DO user and may even consider paying the cancellation penalty with my mobile provider and switching everything over to Sprint.

It’s just to bad that Verizon was so yet to get on the 3G EV-DO bandwagon here in Hawaii.

Well I am glad Sprint has a 14 trial period, I am sad to say both of the locations I needed 3G service in only has 1G and I’m not paying $79.99 for that. One of the main Sprint Representatives swore to me that the areas I needed where covered. Well guess what he was wrong.

I drove all over trying to find a 3G signal, I actually had to drive 5 miles before I picked up the service. I can understand a mile or so but 5 miles from where they claimed the service was. Pisses me off that I spent a couple of hours getting the service setup. It’s better than dial up but not that much better.

We live in a digital world and these companies better hurry up and get their service rolled out to bigger areas I and many others need high speed 24/7 not just when we are at home.

Ok I have been playing with a Sprint EVDO card this evening that is activated and on a 14 day trial. The Sprint sales representatives did not have any Maps but a person I met a couple of weeks ago said the two areas I need coverage in are covered. It appears that the first location which is close to the Stadium is good to go. I am seeing transfer rates of 386K on some of the speed test.

But when go and do some FTP download test I am not so sure what the speed is as I am only seeing 14k transfers where my cable connection is pulling the same data at about 400K big difference. I will be giving this card a workout thats for sure and will be pushing the 14 day satisfaction guarantee trial.

If anyone has access to Sprint Hawaii EVDO coverage maps I would love to see what Sprint is claiming.

On Dec 1st a bunch of local podcasters hooked up and had dinner. The event has videocast, so check out the 5 minute video. [www.barefeetstudios.com]