Apple has released a report titled: “Building a Trusted Ecosystem for Millions of Apps”. In short, it provides information about how the App Store protections are important for the safety and security of iOS and iPadOS. Sideloading would undermine this system because it would enable nefarious apps to cause harm to those who download them.

The report is an interesting read for those who use iOS and/or iPadOS. It provides details about what happens “behind the scenes” that enables Apple to provide security and privacy protections to users. It also talks about its App Review process, in which developers and users are screened and checked for malicious components like unwanted purchases or providing access to personal data.

In 2020, 100,000 apps and updates were reviewed each week on average by a team of over 500 dedicated experts, who review apps in different languages.

Nearly one million problematic new apps and a similar number of updates were rejected or removed. That includes more than 150,000 for being spam or copycats, or misleading users; more than 215,000 for violating privacy guidelines; more than 48,000 for containing hidden or undocumented features; and about 95,000 for fraudulent violations (predominantly for including “bait and switch” functionalities to commit criminal or other forbidden actions.)

One of the things that caught my attention in Apple’s report was that sideloading could cause harm to people who only download apps from the App Store. Those that choose to sideload apps will put other iOS or iPadOS users at risk. A malicious developer could attempt to fake something that looks like the App Store, which could trick users into thinking it was the real deal. That app could then grab people’s data, including health and financial information.

The podcast market is hotter than ever, and big names from TV and sports are in the game. Now, today, a new chapter begins in the media business.

Apple, which began this genre way back when it launched the iPOD, is once more at the center of the game. This time it’s with a podcast subscription service. The shows are available individually and grouped in channels and prices will vary beginning as low as $0.49.

Not all shows are participating because of advertising restrictions. One service, the popular children’s network Pinna, states it’s “an audio-first children’s media company offering the first and ONLY ad-free, audio on-demand streaming service, expertly developed and carefully curated for kids 3-12.” Their channels will run $3.99 each.

You can access all of this by visiting the traditional Apple Podcast app. Maybe you can even dig out that decade old shiny device to listen on.

Apple is going to loosen its face mask requirements in Apple Stores as part of its COVID-19 policies in the United States, Apple Insider reported. The mask requirement will be dropped on June 15, 2021.

This decision goes along with Apple’s previous decisions regarding COVID-19. In December of 2020, Apple closed all 53 of its locations in California. In May of 2020, it started gradually reopening stores in South Carolina, Alabama, and Alaska. Later, it began reopening stores with COVID-19 safety measures. In June of 2020, Apple closed 11 stores in Florida, North Carolina, South Carolina, and Arizona, out of an abundance of caution. The decisions made by Apple on when to close or reopen a store depended upon the number of COVID-19 cases in a particular state.

According to Apple Insider, Apple will make a change that will go into affect on June 15, 2021, in which it could relax its mask policy to allow some customers to be able to enter an Apple Store without wearing a face mask. That information comes from Bloomberg, who spoke with “people with knowledge of the matter, who declined to be identified discussing policy changes that haven’t been announced.”

It appears that the removal of the mask requirement is intended for customers. Apple store employees will still have to wear masks.

Of course, it’s hard to be certain about exactly what will happen on June 15, 2021. While it is entirely possible that Bloomberg really did get some inside information about Apple’s upcoming face mask rules – it is possible that things may change. After all, Apple has a history of checking the number of COVID cases in a location and using that to determine whether or not to close or reopen a store. 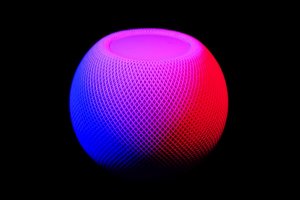 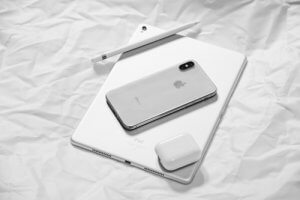 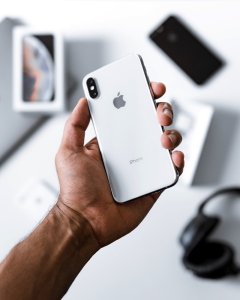 A group of Germany’s largest media, tech, and advertising companies have accused Apple of antitrust abuse as it introduces changes to the privacy settings of iPhones that they say will harm the ads market, Financial Times reported.

According to Financial Times, nine industry associations, representing companies including Facebook and Axel Springer, the owner of Bild, Die Welt and Insider, filed a complaint on Monday with Germany’s competition regulator.

The New York Times has a detailed article about some of the changes coming when Apple releases iOS 14.5. The thing that is causing advertising companies (and the platforms and games that rely on them for data) to be so angry with Apple is a feature that is absolutely fantastic for users who value their privacy.

The new App Tracking Transparency feature will show a pop-up notification that iPhone users will see when an app wants to track them. It says: Allow [name of app] to track your activity across other companies’ apps and websites? There is a space on the notification for the company that wants to track the user to attempt to explain itself.

The best part is that the App Tracking Transparency feature gives the user control over whether or not they want a specific app to track them (and potentially create financial gain off the user’s data). To prevent that from happening, all the user has to do is tap the text that says: Ask App not to Track.

There is a common refrain from advertising companies, and the platforms who rely on them, who desperately need to track users in order for the ad company and platform to make money. In December of 2020, Facebook purchased a series of full-page newspaper ads to complain about Apple. At the time, Facebook claimed that not allowing Facebook to track users data would be “devastating to small businesses.”

The German advertising complaint against Apple is also ridiculous. They are predicting that the change will result in “a 60 percent fall in advertising revenues for app developers, as the changes make it harder for third parties to gather the data they need,”

Personally, I am on Apple’s side in this argument. Companies that never bothered to ask people for permission to not only track them across websites and apps, but also to scoop up their data and give it to third parties, are predators. The sneaky way they did this clearly shows that they knew people would not say “yes” to those requests.

Next, they stupidly based the majority of their income on the erroneous concept that people would either never know what was happening, or that they would never be given the opportunity to opt-out. Since then certain countries, and some U.S. states, have created privacy restrictions that prevent greedy companies from grabbing user’s data. Apple’s iOS 14.5 is one more tool towards making the internet safer for people to use. 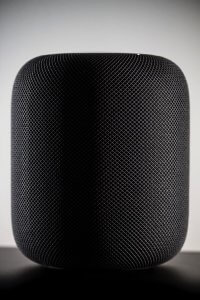 Apple has discontinued its original HomePod, TechCrunch has reported. Apple will continue to produce and focus on the HomePod mini (which was introduced last year).

Apple gave TechCrunch a statement about the discontinuation of HomePod:

HomePod mini has been a hit since its debut last fall, offering customers amazing sound, an intelligent assistant and smart home control all for just $99. We are focusing our efforts on HomePod mini. We are discontinuing the original HomePod, it will continue to be available while supplies last through the Apple Online Store, Apple Retail Stores, and Apple Authorized Resellers. Apple will provide HomePod customers with software updates and service and support through Apple Care.

If you are hoping to buy a HomePod, you better move fast. The Verge reported on Friday, March 12, 2021, that the Space Grey model of the full-size HomePod had already sold out on Apple’s online store.

What if you already have the full-sized HomePod? TechCrunch reported that Apple will continue to provide support for existing HomePods. In other words, your HomePod is not going to suddenly stop working.