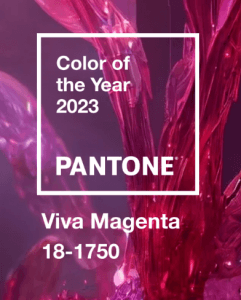 For 2023 Pantone has announced Viva Magenta as the Color of the Year. Officially Pantone 18-1750, the colour vibrates with vim and vigour. It is a shade rooted in nature descending from the red family and expressive of a new signal of strength. Viva Magenta is brave and fearless, and a pulsating colour whose exuberance promotes a joyous and optimistic celebration, writing a new narrative.

This year’s Viva Magenta follows on from last year’s Very Peri, in a sequence of rich colours. For the full story on Viva Magenta, there’s a comprehensive Pantone article. 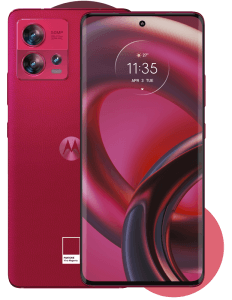 As with previous years, Pantone has worked with other partners to transform Viva Magenta into more than just colours. Brazilian footwear manufacturer Cariuma offers a range of sustainable sneakers in Pantone colours including this year’s Color of the Year. Motorola has introduced a special edition smartphone, the Edge 30 Fusion x Pantone. I have to say that it looks pretty good in Viva Magenta. Sadly, there’s no collaboration with Microsoft this year to add Viva Magenta to Teams.

If you are a designer, all the colour standards are on Pantone’s site, including some downloads for Adobe products. The codes for Viva Magenta are sRGB: 190, 52, 85 and Hex: #BE3455.