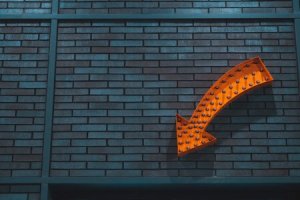 Twitter Inc. has suffered “a massive drop in revenue” because of advertisers cutting back on using the social-media platform, new owner Elon Musk said Friday, as the company started sweeping layoffs just over a week after the billionaire took it over, The Wall Street Journal reported.

According to The Wall Street Journal, Mr. Musk, in a tweet Friday, blamed the cutback on advertising on “activist groups pressuring advertisers.” He said that the company hadn’t changed content moderation and had tried to address activists’ concerns. “Extremely messed up!” he said, casting the pullback as an assault on free speech.

The Wall Street Journal also reported that Mr. Musk’s remarks came after several big-name advertisers, including food company General Mills Inc., Oreo maker Mondelez International Inc., and Pfizer Inc. and others have temporarily paused their Twitter advertising in the wake of the takeover of the company by Mr. Musk. German car-making giant Volkswagen AG said it had recommended to its various brands they pause advertising on Twitter to assess any revisions the company makes to its brand safety guidelines.

In addition, the social-media industry is struggling with weaker revenue from digital advertisers. Such advertising has slowed due to several factors, including rising inflation, the war in Ukraine, and Apple privacy changes that have made it harder to track the performance of ads.

The Guardian reported that other advertisers, including Audi and General Motors have paused their advertisement spending on Twitter, concerned about the direction it will take under Musk.

Business Insider reported that Interpublic Group (IPG) wrote in an email to The Wall Street Journal that it has advised its clients to pause spending on Twitter advertising during the company’s “chaotic” interim. Interpublic Group wrote in an email on Monday that was reviewed by The Wall Street Journal: “The current situation is unpredictable and chaotic, and bad actors and unsafe behaviors can thrive in such an environment. At this moment, we cannot confidently state that Twitter is a safe place for brands.”

While I have seen some people on Twitter suggesting that users should start pushing brands to drop their advertising, I doubt that the brands would do so just because some random person tweeted that they should. Instead, it sounds like the companies who advertise on Twitter believe that Twitter is currently too chaotic right now for them to place (and pay for) advertisements.

This does not surprise me, considering the massive amount of layoffs and the lawsuit against Twitter that was filed by people who suddenly found themselves out of a job.