According to Counterpoint Research, Xiaomi has consistently taken the #3 spot in worldwide smartphone shipments behind Samsung and Apple over the past three years and that’s without even officially selling smartphones in the USA. However, there’s no such problem here in the UK and I’ve managed to borrow a Xiaomi 12 smartphone from their PR folks for a couple of weeks and put it through its paces. And you know what, I can see why it’s #3. Let’s take a look. 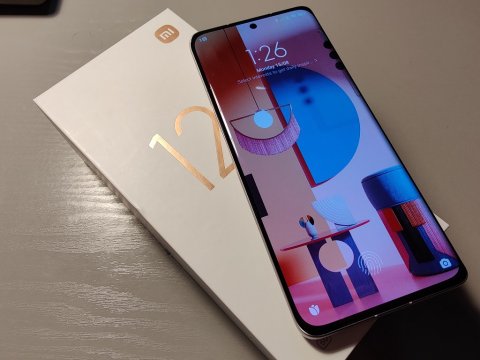 While the Xiaomi 12 looks like so many of the current generation of smartphones with a six-inch plus screen, gently curved sides, frosted back and camera array top left, overall it leaves a good first impression of quality with a bright clear screen, a smooth without being slippy back, a little weight to the device and a power button resting just under my thumb. This is not a phone to be embarrassed about even if the name’s a little hard to pronounce. The phone comes in three colourways simply described as grey, blue and purple without additional hyperbole. It’s the purple version in my paws.

Let’s check out the specs to see how it shapes up on paper. Physically, the phone is 152.7 x 69.9 x 8.2 mm and weighs in at 180 g, so it’s slightly smaller than some of the recent phones I’ve reviewed but it’s millimetres to be honest. In other characteristics, there’s a USB-C port on the bottom, power button on the right, volume controls a little above, stereo speakers top and bottom. The SIM tray is at the bottom next to the USB port and supports two SIMS that are inserted back-to-back and a SIM ejection tool is included in the box. Unsurprisingly, there’s no audio jack. 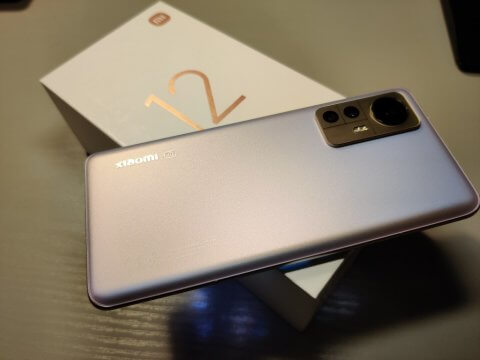 Onto the screen: the Xiaomi 12 has a lovely 120 Hz AMOLED display with slightly rounded vertical edges. These seemed to be a happy medium between a completely flat screen and some of the very curved screens on other phones. The glass itself is Gorilla Glass Victus which should provide some protection against scratches. With a resolution of 2400 x 1080 pixels (FHD+) and a screen size of 6.28″, it comes out as 419 ppi, and I think the colours look great – bright and vibrant. The front-facing camera is a centre top hole punch, and there’s an in-display fingerprint sensor which I found accurate but perhaps not as nippy as the sensor in the OnePlus phones

Under the hood, and there’s a Qualcomm Snapdragon 8 Gen 1, paired with an Adreno GPU. The RAM is LPDDR5 and storage is courtesy of UFS 3.1 at either 128 GB or 256 GB. Naturally there’s 5G (it’s 2022!) Performance-wise, after a couple of runs with GeekBench 5, I had average scores of 1225 single-core and 3540 multi-core which puts it comfortably into the upper ranges of the scoring benchmark. The Snapdragon 8 is more than capable of playing Fortnite and there’s a selection of gaming tools to avoid interruptions and enhance play (Game Turbo), but the Xiaomi 12 didn’t seem to support video out over USB C.

Moving onto the cameras, there’s a 50 MP main lens, a 13 MP ultrawide with a 123° field of view and a 5 MP telemacro camera for close-up shots. The front camera is a 32 MP unit. The cameras do stick out the back by a couple of millimetres, so a case of some kind is going to be essential to avoid scratching. I thought the cameras took some good shots, though one thing I did discover is that night mode only works on the main lens. The photo app on the 12 is comprehensive with features like motion tracking, eye tracking focus and blur reduction on motion. Here are a few photos that I took around the neighbourhood – the two on the beach show the difference between the standard and wide-angle views, and those are the mountains of Mourne. Normally the beach would be deserted but there was a warm spell and the whole country went to the seaside. I’m no photographer but I was happy with the snaps: colours were good and the night shots came out better than expected. 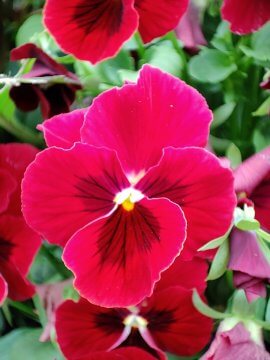 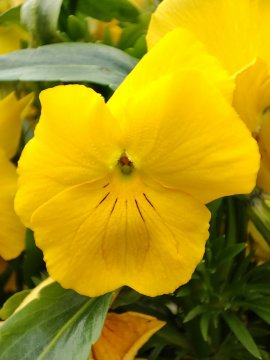 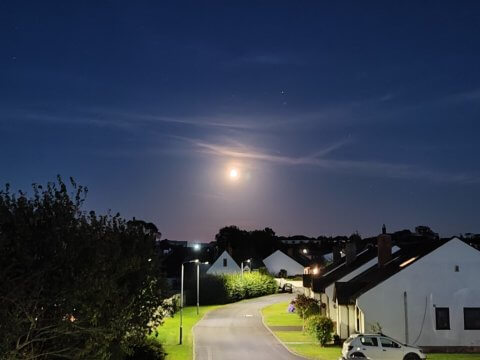 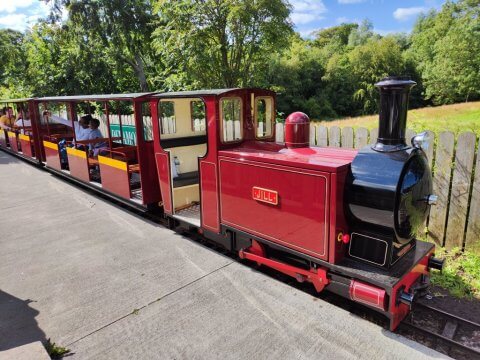 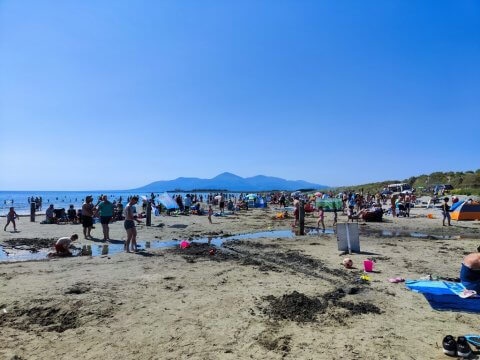 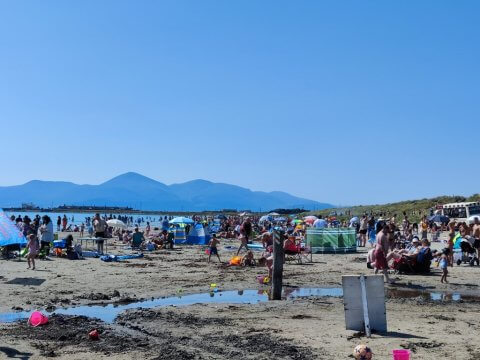 Inside the phone is a 4500 mAh battery and 67 W charger, which I found charged the phone from 21% to 94% in 30 minutes. That’s very usable. The Xiaomi 12 has 50 W wireless charging – I wasn’t able to test high speed charger but it worked fine with my 10 W Anker wireless charger.
In terms of power consumption, I felt that the Xiaomi was better than average – I’ve no hard proof of this, but I often left work after an average day at the office with more than I would expect from my personal phone which as a similar size battery.

MIUI 13 is Xiaomi’s take on Android 12 along with a rich user interface. It’s definitely a bit more colourful than the stock Android experience and there’s some nice theming and wallpapers. There are a few special effects that look good, e.g. when an app is deleted, the icon explodes and the other icons jump in shock. There’s fair amount of customisation and settings aren’t always in where you’d expect them to be. For example, “Date and time” has been casually relocated to “Additional settings” along with settings like “Beautify for video calls and “Quick Ball”. Quick Ball itself is an interesting utility that provides fast access to a selection of shortcuts via a small ball on the screen. Xiaomi have lots of these little enhancements and it’s difficult to call out all of them. Sometimes the enhancements aren’t always an improvement, e.g. notifications are presented as individual bubbles rather than in a contiguous block. Looks good but there’s less info on the screen.

That largely wraps up this quick review of the Xiaomi 12. Any downsides? I have a few issues but nothing terribly serious.

The Xiaomi 12 is available to purchase from Xiaomi directly and a word to the wise…Xiaomi frequently has promotions where there’s sizeable discounts so if you aren’t in a hurry, watch out for those deals. The current deal at £699 for 8 GB + 256 GB seems good value.

Overall, what’s my opinion? There’s much to like here. The phone is well-designed and feels good in the hand. It’s fast with good battery life. The cameras hold their own against the competition. MIUI 13 might be an acquired taste but there is some significant value-add in there. Ignore the cruft. The Xiaomi 12 is a strong contender in the tier of not-quite-flagship-phone (there’s a 12 Pro) and this saves £300 off the bottom line. Obviously there’s some competition out there (OnePlus 10T comes to mind) but it’s definitely worth taking a look at the Xiaomi 12.