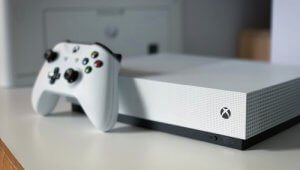 According to Xbox Insider, this makes it even easier to play the best Game Pass games with friends and family across console, PC, and cloud by enabling you to add up to four people to your subscription, all with their own unique access to Xbox Game Pass Ultimate games, content, and benefits.

Those who want to participate in the preview need to purchase the “Xbox Game Pass – Insider Preview Game Pass plan in the Microsoft Store. Check out release notes here.

Things to know about this preview:

The people you share your membership do not have to be Insiders but must reside in the same country as you. Enrollment is limited and will remain open while the offer is available.

Joining the Game Pass – Insider Preview will convert the time remaining on your membership to time in the new plan, based upon the monetary value of the old membership. For example, a full month of Ultimate will be converted to18 days of membership for this plan. This way you won’t lose any of the remaining value on your existing subscription upon conversion. Conversion is final, and users must wait for their new membership to expire before returning to a remaining membership.

Conversion is not available for invited group members. Before joining a group, a group member can cancel their existing subscription or wait for it to expire. If they do not have a Microsoft account, invited friends and family will have to create a new Microsoft account and sign in with it to participate.

Members with Xbox All Access won’t be able to participate in this preview.

In Columbia, parts of the copy for the preview have not been localized and might be displayed in English.

GameSport reported that rumors of an Xbox Game Pass family plan surfaced earlier this year, and this test will determine how the service can be applied to a wider range of users.

The announcement by Xbox of its test of the Xbox Game Pass in Ireland and Columbia appears to be conformation of the rumor. Personally, I think it is a good idea for Xbox to test out a Game Pass that allows people to add others to their group (who live in the same country as the Games Pass holder does).

I also think this could be good for accessibility. As a person who has several disabilities, I tend to find that using a controller hurts less than gaming on a keyboard. Xbox requires a controller. If the test works out well, it might be incentive for gaming companies to put their games on Xbox.