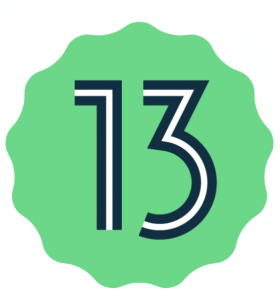 Google’s Android Developers Blog posted “Android 13 Beta 3 and Platform Stability” on June 8, 2022. It was written by VP of Engineering, Dave Burke. The blog post talks about the release of the third beta and platform stability.

Today, we’re releasing the third Beta of Android 13, taking us into the final phase of our cycle where we’re focusing on polish and performance. With Android 13, we’ve built on our core themes of privacy and security, developer productivity, and tablet and large screen support.

In the blog post, he mentions features in Android 13. This includes privacy features like the new notification permission and photo picker, to productivity features like themed app icons and per-app language support, as well as modern standards like HDR video, Bluetooth LE Audio, and MIDI 2.0 over USB.

They also extended the newer updates they made in 12L, giving you better tools to take advantage of the 270+ million tablet and large screen devices in active use.

Those who want to participate in Beta 3 on their Pixel device can enroll for over-the-air updates. Anyone who has previously enrolled will automatically get the June 8 update.

Gizmodo explained that Android’s Beta 3 is now available as an over-the-air update to anyone already using Android 13 as their daily driver on a respective Pixel device.

Gizmodo also pointed out that this version of the Android beta has also reached Platform Stability, which means that the developer APIs and how apps perform on this next version of the operating system are final. According to Gizmodo, from here, until the software’s public release sometime in a few months, developer are to focus on app compatibility and overall quality.

The Android Developers Blog says that the Android Beta 3 can also be tested on tablets. According to the blog, Android 13 builds on the tablet optimizations introduced in 12L. As part of your testing, make sure your apps look their best on tablets and large-screen devices. You can test with the large screen features by setting up an Android emulator in Android Studio, or you can use a large screen device from their Android 13 Beta partners.