Flic has featured in GNC a couple of times in the past and for those unfamiliar, Flic is an automation system that focusses on small push buttons to trigger actions. They’re really rather handy. Want to turn on the lights? Push a Flic button. Want to play music from Spotify on your Sonos? Push a Flic button. Personally, I use a Flic button in the bedroom for those times when you get into bed and realise that you’ve forgotten to turn off the overhead light. 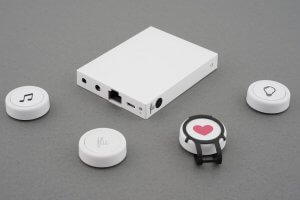 Unusually, the Flic system uses Bluetooth rather than Wi-Fi or Zigbee but it does mean a lower cost of entry as Flic can be used with a smartphone or tablet without the need for a hub (although a hub is available too to avoid the reliance on the phone being in the home). The buttons typically cost around UK£20-£25 depending on how many you buy at a time.

I did a review of their first generation back in 2017, but since then they’ve grown both the hardware and their ecosystem with interfaces to IFTTT, Slack, Microsoft Flow, Philips Hue and Samsung SmartThings, to name a few. The second generation hub can work an IR blaster to control TVs and AV equipment, and the newer buttons are a bit more robust.

But that’s all old news as Flic has announced a new controller called the Flic Twist. Simplistically, it’s a central button with an outer dial – press it, rotate it, or press and rotate. 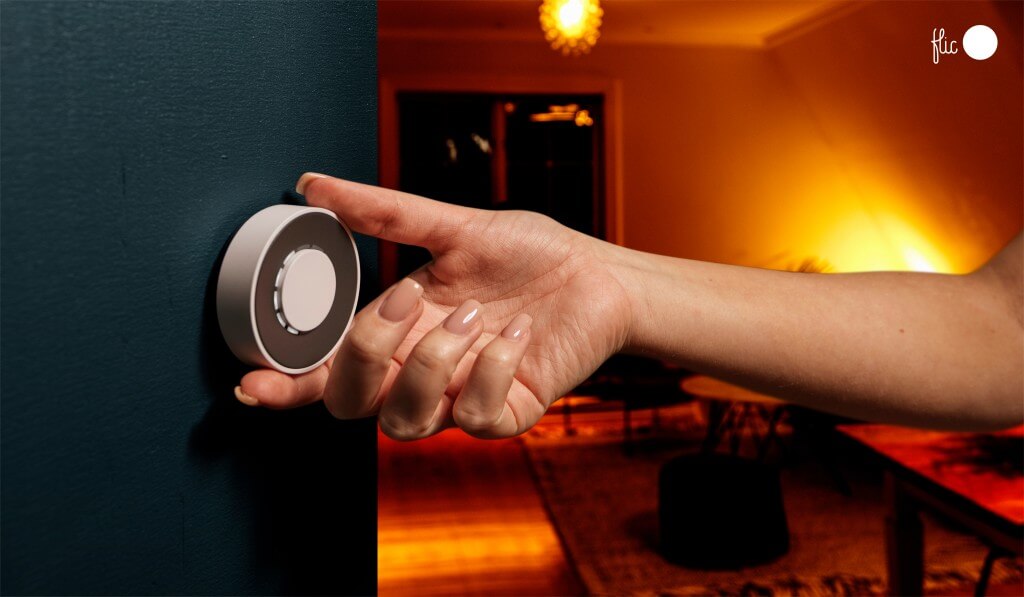 I really like the design of the Twist: while it’s bigger than the Flic buttons, it looks smart and modern. The tactile rotation makes controlling volume or brightness so much easier. It’s a feature that has been missing from the (smart home) market and “how-to-use-it” is somewhat self-evident as we’re familiar with turning dimmer switches.

It’ll be available in two colourways; matte black and frost white, with twelve little LEDs round the button visually showing the rotation. It’s powered by two AAA batteries that should last for two years and the Twist is magnetic which is great for fridges. Finally, while the Twist will be compatible with existing Flic Hubs, there’s a tiny new Flic Hub Mini too – it’s really small!

The Flic Twist and Hub Mini are launching on 2nd November at 1700 GMT / 1800 CET with pre-orders through Kickstarter. The RRP for the Twist is €99, but there will be plenty of early bird deals available which will significantly reduce the price, especially when buying more than one Twist.