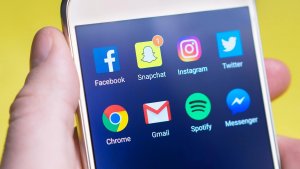 The State of Texas has been sued over its new law that prevents social media platforms from banning users over their political views, The Texas Tribune reported.

The Texas bill is called HB 20. Governor Greg Abbott signed it into law. According to The Texas Tribune, the law states that “social media platforms with over 50 million monthly users in the U.S. – a threshold that includes Twitter, Facebook, Instagram and YouTube – must publicly report details about content removal and account suspensions biannually. The platforms are also required to establish an easily accessible complaint system, where users could flag violations of the law.”

The lawsuit was filed by NetChoice, LLC and Computer & Communications Industry Association, which represent Google and Twitter in the lawsuit. It was filed against Texas Governor Ken Paxton (in his official capacity as Attorney General of Texas). The case was filed in the United States District Court for the Western District of Texas Austin Division.

Here is a key point from the lawsuit:

…The Commerce Clause does not permit a single state to dictate the rules of content for the global Internet. H.B. 20 would regulate wholly-out-of-state conduct – balkanizing the Internet by imposing onerous extraterritorial regulation on the operation of covered social media platforms. This vastly exceeds Texas’s regulatory purview and will impede commerce across the Internet…

USA Today described this Texas law as a “social media censorship law”. According to USA Today, “Texas lawmakers were motivated in large part by the suspensions of former President Donald Trump after the Jan. 6 attack on the Capitol”.

Personally, I don’t think this Texas law stands much of a chance in court. USA Today reported that a federal judge blocked a similar Florida law in June, one day before it could take effect.