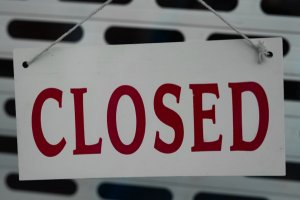 Colonial Pipeline Co. is the main pipeline carrying gasoline and diesel fuel to the U.S. East Coast, The Wall Street Journal reported. It has been shut down due to a cyberattack. It never occurred to me that someone would do a cyberattack on a company that transports fuel, but that is what has happened.

According to The Wall Street Journal, Colonial Pipeline Co. operates the 5,500-mile Colonial Pipeline system that takes fuel from the Gulf Coast to the New York metro area. The company yesterday learned that it was the victim of a cyberattack, and “took certain systems offline to contain the threat, which has temporarily halted all pipeline operations.”

…But the shutdown of such a vital pipeline, one that has been serving the East Coast since the early 1960s, highlights the huge vulnerability of aging infrastructure that has been connected, directly or indirectly, to the internet.

It appears that if the cyberattack problem can be resolved quickly, it might not have much of an effect on gas prices. If the problem cannot be solved soon, it could potentially cause gas prices to increase. This is happening when the United States is starting to open up more as the population gets vaccinated, and people are planning to travel or book summer vacations.