At today’s Samsung Unpacked event, the South Korean firm unveiled its vision for the future of PCs. A range of high spec ultrabooks with the characteristics of smartphones – mobility, connectivity and continuity. Not once was the word laptop mentioned in the whole presentation, but instead they’re portable PCs. Look like laptops to me… 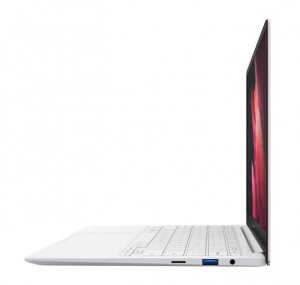 While the Book Pro is a standard clamshell laptop, the Book Pro 360 is a convertible with the screen folding all the way back into a tablet. Talking about the display, it’s a touchscreen AMOLED display with S-Pen support (included in the box). Given the video conferencing world we’re in at the moment, the Galaxy Books come with dual array mics and intelligent noise cancelling. Disappointingly, the camera is only 720p. 5G’s built-in too, just as you’d expect with a mobile phone, though it seems to be only available on the smaller 13″ models.

Partnering with both Intel and Microsoft, the Galaxy Book Pros are the first in a portfolio of collaboratively-produced devices where Samsung has attempted to create deep integration between the hardware and the Windows software. It’s definitely the way to go. 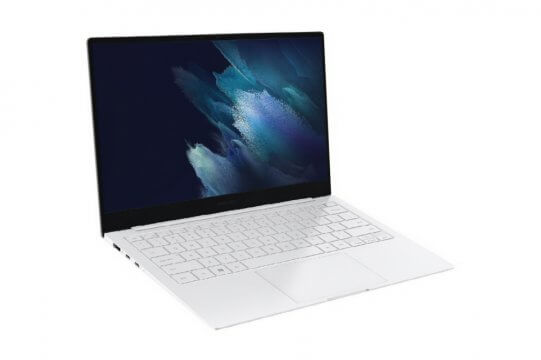 Inside the Galaxy Book is an 11th Gen Intel Core processor (i3, i5, i7) with an Iris X GPU on the higher-end CPUs. It’s powered by a slim custom battery giving 20 hours of video playback or around 16 hours of standard use. The 65W charger (made from recycled materials) will give 8 hours of power in 30 minutes. Where have we heard charging stats like that? Mobile phones, of course. Port-wise, the Book is up-to-date with USB C and Thunderbolt 4.

Samsung is working hard to bring multiple products into a “Galaxy Ecosystem”. For example, the Galaxy Book series brings Samsung SmartThings Dashboard to the PC for the first time. There’s connectivity with the Galaxy smartphones too with apps you’d see on the phone also available on the Book and seamless syncing between the two devices. Android phone apps can be controlled from the Book so there’s no need to switch between laptop and smartphone. And for a second screen, the Galaxy Book can use a Galaxy S7 tablet. It’s all getting very integrated around here.

For those with less deep pockets, Samsung unveiled the Galaxy Book, a 15″ laptop that will fold flat. It starts at a much more reasonable price of US$549/GB£699 though it looks like folk in the UK are getting ripped off unless there’s a spec difference. And in news for gamers, Samsung announced the Galaxy Book Odyssey. It comes with a Tiger Lake H CPU and an Nvidia RTX 3050Ti GPU for all those high-performance games. Priced at US$1399.

If you want to review the launch event yourself, it’s here but skip through to about an hour in for the start of the presentation.