OnePlus’ partnership with Hasselblad has produced two very well-received devices in the shape of the 9 and 9 Pro smartphones. I’ve been using the OnePlus 9 for a couple of weeks now and it’s a lovely phone that takes great pictures…but we’re not here to talk about the phones but rather the new OnePlus Watch. 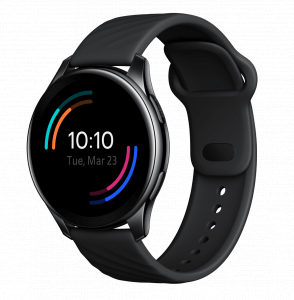 The OnePlus Watch is the company’s first global foray into wearables (ignoring the OnePlus Band which was only available in India) and pre-orders open on Wednesday 14th April for the two new smartwatches. Priced at GB£149/US$159/€159, it’s competitive against similar smartwatches from Fitbit, Samsung and Huawei. Deliveries are expected at the end of the month and the Watch goes on general sale on 30th April.

Two models are expected to up for pre-order, Moonlight Silver and Midnight Black, with the announced Cobalt Limited Edition coming later. With a 46 mm case, it might be a minimalist design but it’s a big watch that’s not going to be missed on anyone’s wrist. The Watch supports over 110 activities including swimming which is possible due to the IP68 water resistance rating. There’s built-in GPS so no need to carry your phone on a run. 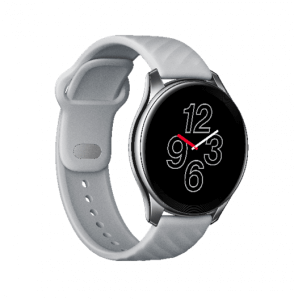 The round display is a 1.39″ AMOLED display at 326 ppi and is protected by a sapphire glass crystal which provides good protection against scratches. Handily, the Watch takes standard watch straps so it’s easy to switch them out for something more personal.

Battery life is rated at over 2 weeks (yep, two weeks) and even the most active athlete will get over a week. The Watch uses Warp Charging and about 40 minutes will get it charged up from flat.

I’m looking forward to buying one for myself: I really need to lose a few pounds after lockdown but I think I’m going to wait for the Cobalt LE.

Pre-orders open Wednesday at OnePlus.com and Amazon.co.uk for £149.