There’s hardly a day goes by at the moment without a smartphone launch and today it’s the turn of the Redmi Note 9 and Note 9 Pro. Redmi is one of Xiaomi‘s brands along with Mi and Pocophone, and unlike its Chinese competitor Huawei, Xiaomi still has access to US technology so there’s full access to Google Play and updates to Android. While Xiaomi and Redmi aren’t well known in the UK and USA, they’re hugely popular world-wide, with both Note 8 phones featuring in the global top 10. I watched the on-line launch and there were over 14,000 people viewing YouTube. 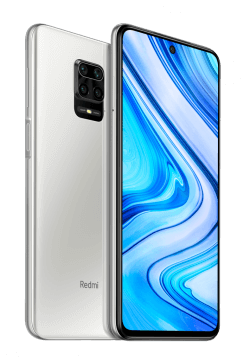 Typically, the Redmi phones are priced at less than GB£300 while still offering decent specs on paper, such as 6 GB RAM, 128 GB storage and a 64 MP camera. These aren’t all-round flagship phones – there’s no wireless charging for example – but offer good value for money with a couple of flagship-level features, such as the high definition camera. The demonstration photography and video shown at the launch was very impressive. Let’s take a look.

The Note 9 Pro is the usual smartphone design with a 6.67″ FHD+ display (2400 x 1080) on the front with a 16 MP in-display camera centred at the top. Round the back, there’s a quad camera setup with a 64 MP main shooter, an 8 MP ultra wide-angle camera, a 5 MP macro camera and a 2 MP depth sensor, which sounds interesting. There’s a finger print sensor on the side, and phone comes in three colourways; interstellar grey, glacier white, tropical green. Overall dimensions are 165.75 x 76.68 x 8.8 mm, and the 9 Pro weighs in at 209 g.

The Pro has a quirky video mode called Kaleidoscope which is exactly as you’d imagine, giving weird reflections and angles, just like looking down a kaleidoscope. It works on both the main rear camera and front selfie camera.

As expected at this price point, it’s 4G only, though it does take a pair of SIMs. There’s Bluetooth 5.0 and a 3.5 mm headphone socket, and unusually an IR remote which is good for controlling TVs and other AV gear. 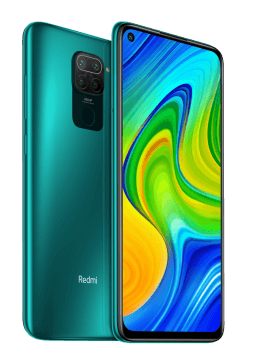 Moving on to the Redmi Note 9, it has a similar form factor and style but lower specs for the cameras and the processor. This time, it’s 6.53″ FHD+ display (2340 x 1080) with a 13 MP in-display selfie cam on the top left. On the rear, there’s a similar array of four cameras: a 48 MP wide-angle main camera, an 8 MP ultra-wide angle camera, a 2 MP macro and a 2 MP depth sensor. The finger printer sensor is on the rear too, and there’s a selection of three colours: midnight grey, polar white and forest green. The Note 9 is slight smaller but fatter than the Pro, with dimensions of 162.3 x 77.2 x 8.9 mm and 199g.

Inside is a MediaTek Helio G85 which uses an octa-core 2.0 GHz CPU and an ARM Mali-G52 GPU. There are two models, one with 3 GB RAM and 64 GB storage and another sporting 4 GB RAM and 128 GB storage. As with the Pro, storage can be expanded with a memory card to 512 GB. There’s a 5020 mAh battery with 18W fast charge via a USB C port. That’ll give more than 2 days worth of power in normal use.

As with the Pro, there’s 4G and a pair of SIMs. Bluetooth 5.0, headphone socket and the IR blaster.

I’m afraid pricing and availability is still to be confirmed for the UK, though I imagine it will be in line with current pricing and the US prices.