Given Huawei’s predicament, fans of Chinese phones might be looking for a new source of value-for-money hardware. In which case, look no further than Xiaomi which offers a wide range of gadgetry, from smartphones to smart homes, from luggage to scooters. There’s even a smart kettle that will heat water to a pre-defined temperature: of course, the desired hotness is set via an app.

Xiaomi encompasses a number of sub-brands, including Mi, Redmi and Pocophone. Both Mi and Redmi have extensive smartphone ranges and prices starting from less than £100 going up to nearly £700 for the Mi Mix 3 5G. The latter comes with a Snapdragon 855 processor, 6 GB RAM, 128 GB storage and a 6.3″ AMOLED screen from Samsung.

Personally, I have no experience of the phones, though I’ve used some of the smart home sensors with my SmartThings setup. The motion sensors are cheaper, smaller and the battery lasts longer than the Samsung equivalents. 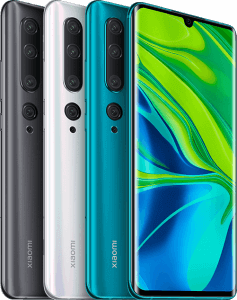 Each year, Xiaomi has a Fan Festival which offers deep discounts on a range of different products. This time, the four-day event runs from Tuesday 7th April to 10th April, with big reductions, some based on the number of “Likes” received. The one caveat is that there is limited stock so don’t dawdle if you see a bargain. In theory, you could get the aforementioned Mi Mix 3 for £239.

For Xiaomi’s latest, the new Mi Note 10 and 10 Pro (right) will be priced at £369 and £459, which is £90 off RRP for both of them. These smartphones have a whopping 103 MP rear camera, which is actually just one of five cameras, including telephoto and macro lenses.

I imagine there will be other deals and bargains too, so keep your eyes peeled from Tuesday onwards.