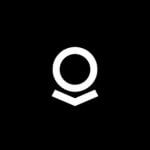 The Defense deal solidifies a relationship between the U.S. government and the Palo Alto, California-based company, which was co-founded and partly bankrolled by Thiel. The billionaire venture capitalist and adviser to President Donald Trump has chastised other technology companies, in particular Alphabet Inc.’s Google, for their reluctance to work with the Defense Department. After Google abandoned a Pentagon effort known as Project Maven, Palantir stepped in to help develop video recognition software as part of the project, a move reported earlier by Business Insider.

The Department of Defense website noted that Palantir was awarded an $100,814,893 “other transaction agreement contract” for numerous databases across the Army enterprise integrated on one platform. Work will be performed in Washington, D.C., and has an estimated completion date of December 15, 2023.

It is interesting that Microsoft was not selected for this project. In October of 2019, Microsoft beat out Amazon for a Department of Defense contract that could be worth as much as $10 billion over a decade. That project is called the JEDI Cloud. According to the Department of Defense website, one bid was solicited via the internet with one bid received. It appears that Palantir may have been that bid.

Bloomberg reported that Palantir will provide software to connect human resources, supply chains, and other Army operation systems into a single dashboard.