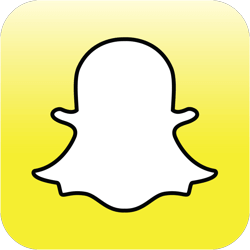 Snapchat is slowly rolling out a new feature called Snapchat Cameo. It goes further than the Lenses that people can use on a selfie to make themselves look like an animal or to wear a flower crown. Cameo lets people put their selfie into a video that they can share with others.

TechCrunch reported that Snapchat Cameo is currently being tested by Snapchat users in France. Snap confirmed to TechCrunch that Cameo exists, and that they are currently testing it in limited availability in some international markets. It appears that Snap will make its global debut “soon”.

According to TechCrunch, a Snapchat users starts by selecting a vaguely male or female body shape. There is no androgynous option. The user can then select from a bunch of short, looping, videos from the ones Snapchat chose. The user adds their selfie to Cameo. TechCrunch wrote: Snapchat will then stretch and move your selfie to create different facial reactions that Cameo can apply to actors’ heads in the videos.

To me, it sounds like an amusing little feature that could be used to share an emotion that a person is feeling (or to make a friend laugh). Cameo can be personalized more than a Bitmoji or a GIF can.

On the other hand, it also feels a bit creepy. While I don’t think of Cameo as a deepfake, it kind of makes me uncomfortable because it alters reality in a way that might not be immediately recognizable to some. I also have concerns that because Cameo appears to be cute and fun, it could desensitize people to the dangers of malicious deepfakes.