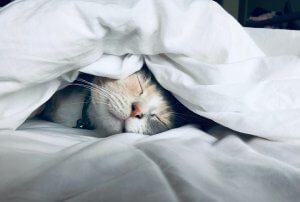 It’s hard to get enough sleep in today’s busy world. You get home from work, cook dinner, help with homework, get the children to bed, tidy up, put the laundry on, do some ironing and it’s midnight before you know it. Where did the evening go?

And if that’s not bad enough, some people are making it worse by taking their mobile phones into the bedroom, as revealed by a UK survey of 2,000 people from OnePoll. The survey found that:

At an obvious level, smartphones represent a distraction from the business of getting to sleep but there’s more to it than just too much Facebook. Studies suggest that the blue light produced by the displays of digital devices mimics daylight, and this reduces the body’s production of melatonin, which is the hormone that makes you sleepy. 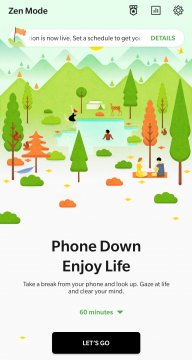 Lisa Artis, head of The Sleep Council said: “While these results are not surprising, it is eye-opening to read that taking a phone to bed is causing sleepless nights for so many. We know that blue light inhibits sleep because the short wavelength stimulates sensors in the eyes to send signals to your brain’s internal clock, tricking it into thinking it’s daytime. Blue light is beneficial in daylight hours as it boosts mood, reaction times and concentration but in the evening, the recommendation is to avoid screen time for an hour before bedtime to help increase melatonin levels.”

The Sleep Council has some really good resources for getting a good night’s sleep – check out their “Seven Steps” in particular. I really need to get my bedroom tidied into a peaceful sanctuary.

If you can’t put the phone down, smartphone makers like OnePlus (who commissioned the survey) are increasingly offering both hardware and software tools to reduce the problem. The new E3 display panel on the OnePlus 7T cuts blue light by 42% and “Dark Mode” ensures low-light conditions are easier on the eyes. And if you really need to take a break from the phone, there’s “Zen Mode” which disables access to the phone. You can even set a prompt to start Zen Mode at, say 11pm for an hour, to ensure you’re not distracted when heading off to bed.

I’m feeling a little smug….even though I have a OnePlus 6T, I leave my phone downstairs when I go upstairs to bed. Still don’t get enough sleep, mind you…