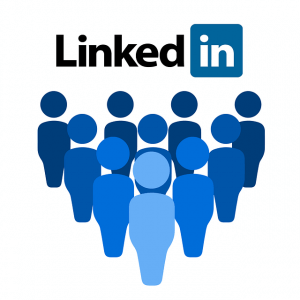 Katie Jones doesn’t exist. But, she may have contacted you on LinkedIn.

CNET reported that the Katie Jones image appeared to have been created by generative adversarial networks (or GANs).

Typically, “bots”, and other types of fake profiles. steal the images they use from stock photo websites or from the accounts of real people. It is possible for someone to take those images, and run them through an image search (or a reverse image search), to find the source of the image. The TV show Catfish used that technique to determine if someone was actually who they claimed to be.

An image created by a GAN cannot be found out so easily. It is a one-of-a-kind image that, at first glance, looks like a real person. An image search, or reverse image search, won’t find a match.

There are some “tells”, however. A website called ThisPersonDoesNotExist has many photos that were produced by a GAN. All of them are closeups. All have odd backgrounds that don’t look like anything in particular. Sometimes the eyes of the person are noticeably different in size. Some have strange looking stretchmarks on their cheeks.

In one of the images, a man’s glasses appeared to have become one with his face. In others, the earrings women were wearing looked melted or were twisted into bizarre shapes. I suspect that most people won’t notice those strange alterations by looking at a small LinkedIn photo.

Another disturbing thing about the LinkedIn profiles of nonexistent people is that the profile is given an impressive sounding title at a school or business that does exist. It appears to be designed to trick people into accepting friend requests from them.

How well do you really know the people you have connected with on LinkedIn?