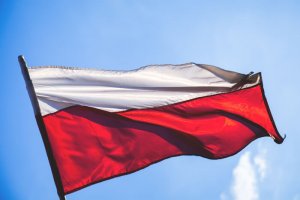 Reuters reported that Poland has submitted a complaint to the European Court of Justice against copyright rules adopted by the bloc in April of 2019. The EU feels the copyright rules will protect Europe’s creative industries.

The EU copyright rules, according to Reuters, requires Google to pay publishers for news snippets. It requires Facebook to filter out protected content under copyright rules aimed at ensuring fair competition for the EU’s $1 trillion creative industries.

Reuters reported: “This system may result in adopting regulations that are analogous to preventative censorship, which is forbidden not only in the Polish constitution but also in the EU treaties,” Deputy Foreign Minister Konrad Szymanski told the public broadcaster TVP Info.

On May 23, 2019, the Chancellery of the Prime Minister of Poland tweeted: “Tomorrow morning, #Poland will bring a case before the #CJEU against copyright directive, a disproportionate measure that fuels censorship and threatens freedom of expression. #Article13 #Article17 #ACTA2”

Business Insider explained that Article 17 (previously known as Article 13) makes companies liable for content uploaded to their platforms. If a user uploads a piece of content that infringes copyright, the platform is at risk. Non-commercial sites like Wikipedia and GitHub would be exempt. Start-up platforms will be held to lighter penalties than big tech companies.

Article 15 (previously known as article 11) is the “link tax” that will automatically give news publishers the right to negotiate a license with news aggregators, such as Google. It also stipulates individual journalists or “authors” are entitled to “an appropriate share” of the money their publication gets from its licensing agreement with services like Google.

In another tweet, the Chancellery of the Prime Minister of Poland explained why it is concerned about the Copyright Directive:

Engadget reported that Poland is characterizing its argument as a free speech issue. This is interesting because if that argument is accepted by the court, it could influence other EU countries to make the same claim.