With the usual level of hoopla, OnePlus showed off the new OnePlus 7 Series of phones at three launch events in Bangalore, London and New York. Consisting of the 7, 7 Pro and 7 Pro 5G, it’s the first time the company has simultaneously launched multiple models – the closest OnePlus came to this in the past was with the 2 and the X models way back in 2015. Right at the end, Bullets Wireless 2 were announced too.

I watched the London event to see CEO, Pete Lau, take to the stage, review OnePlus’ journey and introduce the new models with a string of guests, including Akis Evangelidis (VP OnePlus France) and Kate Parkyn (Head of Growth OnePlus Europe).

The 7 Pro took centre stage and the phone sports a whopping 6.67-inch curved glass display with a 19.5:9 aspect ratio, making this the biggest phone that OnePlus has made, even with the absence of bezels. The screen is branded Fluid AMOLED, with 516 pixels per inch (QHD+) and supports HDR10 & HDR10+ for fantastic visual dynamic range. Beyond that, the screen is capable of an astonishing 90 Hz refresh rate. Fast and smooth for sure. OnePlus 7 Pro has earned DisplayMate’s highest A+ rating, making it one of the top smartphone displays on the market 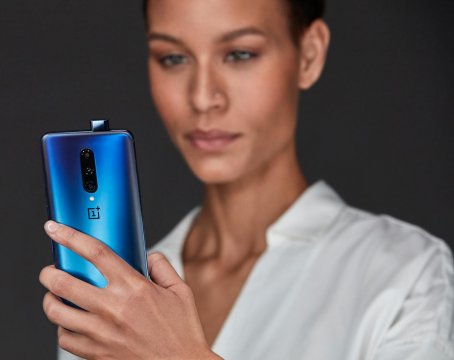 Screen unlock is still there and will typically unlock the phone in 0.21 seconds: that’s 28% faster than 6T and OnePlus claims it’s the fastest of any smartphone on the market.

There are three cameras on the back of the phone, which form a triple camera system. There’s a state-of-the-art 48 megapixel Sony IMX586 sensor with OIS, an 8 megapixel 78 mm telephoto lens at f/2.4 and 1μm pixel size and stabilised by OIS, and a 16 megapixel 117° ultra-wide angle lens at f/2.2. Together these produce great photos in daylight and lowlight, as demonstrated by the photos on show by Krystle Wright, an Adventure Photographer with National Geographic. For other proof, DxOMark scored the 7 Pro at 111 which is the second highest score ever recorded.

There’s no notch on 7 Pro’s screen and the seflie camera pops up. It’s covered in sapphire glass and the mechanism has been tested over 300,000 times, so it should be good for a few years (but try to avoid getting any sand in there.) If you drop the camera, the phone will detect the free-fall and automatically retract the camera. That’s neat.

Inside the 7 Pro, it’s a Qualcomm Snapdragon 855 and with up to 12 GB of RAM, it’s 45% faster and consumes 20% less power. It uses UFS 3.0 storage making it one of the first phones to use the memory type. The extra RAM can be used for RAM Boost, which is a caching technology to speed up loading times. 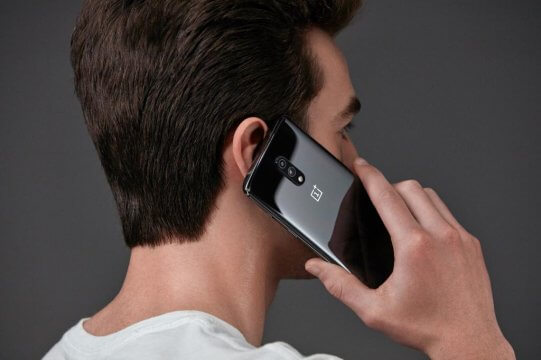 The poor OnePlus 7 (not Pro, not 5G) didn’t even get a mention until over an hour in. It’s the direct successor to the 6T and most obviously, it retains the notch for the front-facing camera. In fact, the form factor hasn’t really changed so it’s a smaller 6.41″ display, with a comparatively low 402 pixels-per-inch resolution(!) However, it has the same CPU (Snapdragon 855), UFS 3.0 and main camera sensor (IMX586) as the 7 Pro, so it’s nothing to be sniffed at all. Dolby Atmos stereo speakers are present too along with the larger in-screen fingerprint reader.

OnePlus pop-ups start from 16th May and will run in 21 cities across Europe and more details can be found here. The UK pop-up is taking place in the stunning roof garden of John Lewis and Partners’ flagship store on Oxford Street in London, on the 17th May.

There’s loads of extra information over at the OnePlus website.