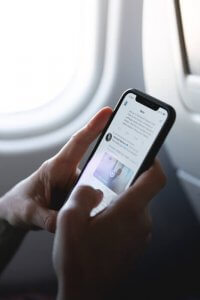 The New York Times reported that Apple has removed or restricted at least 11 of the 17 most downloaded screen-time and parental-control apps, and also clamped down on a number of lesser-known apps that had the same functions. The analysis was done by The New York Times and an app-data firm called Sensor Tower.

In some cases, Apple forced companies to remove features that allowed parents to control their children’s devices or that blocked children’s access to certain apps and adult content. In other cases, it simply pulled the apps from its App Store.

The New York times reported a statement from Apple:

“We treat all apps the same, including those that compete with our own services,” said Tammy Levine, an Apple spokeswoman. “Our incentive is to have a vibrant app ecosystem that provides consumers access to as many quality apps as possible.” She said Apple removed or required changes to the apps because they could gain too much information from users’ devices. She added that the timing of Apple’s moves was not related to its debut of similar tools.

There are two groups of people who are directly affected by this. One is the screen-time app makers, who are losing business due to their app being removed from the App Store. The other are some parents who were using one of those apps to control their children’s phones – and who cannot do that anymore with the app they were originally using. Apple’s screen-time app reportedly provides the option “Ignore Limit” when a user hits the app’s time limit.

One thing is clear. Apple has a whole lot of control over what apps are allowed in the App Store, and can and does remove apps that it feels should not be there. On the one hand, it makes sense for Apple to remove apps that have malware or otherwise are acting maliciously.

On the other hand, this situation shows that removal of apps has a negative impact on the companies who create them and the people who use them. I think this situation is going to make some people want Apple to be investigated for the purpose of determining whether or not some regulation is needed.