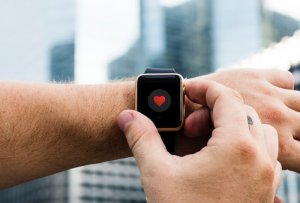 Stanford Medicine announced the results of the Apple Heart Study. The study was funded by Apple. There were over 400,000 participants in the study.

The study was launched in November of 2017, and was a first-of-its-kind research study using Apple Watch’s heart rate sensor to collect data on irregular heart rhythms and notify users who may be experiencing atrial fibrillation (AFib). The condition often remains hidden because many people don’t experience symptoms.

Key findings from the study include:

As part of the study, if an irregular heart rhythm was identified, participants received a notification on their Apple Watch and iPhone, a telehealth consultation with a doctor, and an electrocardiogram (ECG) patch for additional monitoring.

In short, it appears that the Apple Watch is able to detect AFib. This is good news, because it means people can take that information to their doctor and start a discussion about what to do next. It does not mean people should rely entirely on the results the Apple Watch gives them and avoid seeing a doctor.