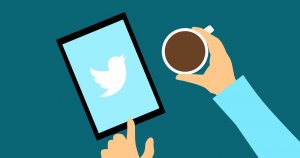 Twitter announced the launch of twttr, a prototype app that will allow users to test out new features before those features go live. The purpose of twttr is to enable users to advise Twitter about how to make conversations easier to read, understand, and join.

Those who want to apply to the Twitter Prototype Program can fill out an application form. There are three questions to answer. What kind of device do you primarily use to access Twitter? What primary language(s) do you speak and write? What country do you live in? Twitter will send an email to people who filled out the application form.

To me, the twttr prototype app sounds like a way for Twitter to beta test new features. I’m familiar with video game companies allowing players to opt-in for the opportunity to be invited to alpha test, or beta test, upcoming expansions. This is the first time Twitter has attempted to obtain user feedback before launching a new feature.

TechCrunch points out that twttr was Twitter’s original name. TechCrunch reported that the app will focus on conversations. It will have a different format for replies, with a more rounded chat-like shape. Different types of replies will be color-coded to designate those from the original poster and users you personally follow.

Here is an opportunity for Twitter users to have their thoughts and opinions about a new feature be heard by Twitter. Those who opt-in to twttr, and are invited, will be able to shape upcoming features. Personally, I’m considering checking this out and providing feedback regarding accessibility.