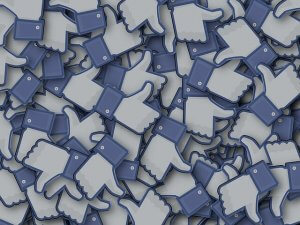 Edison Research and Triton Digital posted “The Infinite Dial 2019”. It is the latest report in a series dating back to 1998 that covers consumer usage of media and technology and has tracked many new mediums as they develop. The Infinite Dial is the “gold standard” of nationally representative survey research.

Regarding social media, the latest study finds the number of current Facebook users continues to drop. The study shows an estimated 15 million fewer users of Facebook than in the 2017 report. The declines are heavily concentrated among younger people.

Marketplace’s Kimberly Adams interviewed President of Edison Research Larry Rosin. She pointed out the 15 million fewer Facebook users in the U.S. today than in 2017, and asked if that was a meaningful drop for Facebook. Larry Rosin responded:

I don’t see how you couldn’t say it’s a meaningful drop. Fifteen million is a lot of people, no matter which way you cut it. It represents about 6 percent of the total U.S. population ages 12 and older. What makes it particularly important is if it is part of a trend. This is the second straight year we’ve seen this number go down. Obviously, the U.S. is the biggest market, in terms of dollars,and it’s going to be a super important market for Facebook or anybody who’s playing this game.

Here is what else the study found:

To me, it sounds like Facebook is in big trouble. Fifteen million users have left Facebook in the past year, and many of them were younger people. This group is unlikely to change their minds about Facebook as they grow older.

It is possible that the growing lack of interest in Facebook had something to do with its phone number look up that users can not opt-out of. Or, maybe the teens have started to distrust Facebook after it was reported that the Facebook Research App was sucking up the data of teenagers.