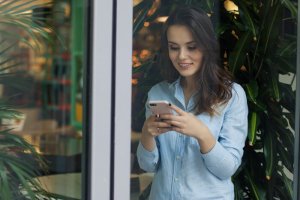 TechCrunch released an extremely detailed article about the “Facebook Research” app that is well worth reading. This disturbing app was seeking teenagers (as well as adults aged 35 and younger) and paying users to install a VPN that sucked up all of a user’s phone and web activity.

Since 2016, Facebook has been paying users ages 13 to 35 up to $20 per month plus referral fees to sell their privacy by installing the iOS or Android “Facebook Research” app. Facebook even asked users to screenshot their Amazon order history page. The program is administered through beta testing services Applause, BetaBound, and uTest to cloak Facebook’s involvement, and is referred to in some documentation as “Project Atlas” – a fitting name for Facebook’s effort to map new trends and rivals around the globe.

Since TechCrunch’s article was posted, Apple banned Facebook’s Research VPN app (before Facebook could shut it down).

In addition, Apple revoked Facebook’s Enterprise Certificate – which Facebook had been abusing by using it in the “Facebook Research” App. TechCrunch reported that the result was Facebook’s legitimate employee-only apps have broken.

The sneakiness of the “Facebook Research” app is appalling. It bothers me that Facebook sought out teenagers (ages 13 to 17) and got their attention by emphasizing that the teen would be paid not only to install the data-sucking app, but also if they convinced their friends to use it.

It appears that Facebook required teens to get permission from their parents before they could install the app. It is unclear to me how Facebook would differentiate between the teen’s parent giving permission and the teen simply clicking those buttons themselves.

In my opinion, Facebook appears to have a pattern of preying on teens and children by intentionally obscuring the ways the minors are making money for Facebook. Parents may want to reconsider allowing their kids to use Facebook and its apps.