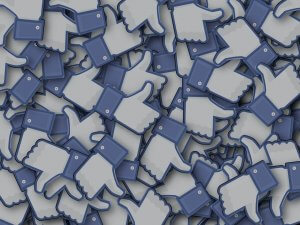 Facebook announced today that it removed 559 Pages and 251 accounts “that have consistently broken our rules against spam and coordinated inauthentic behavior”. The post was written by Facebook’s Head of Cybersecurity Policy Nathaniel Gleicher and Project Manager Oscar Rodriguez.

The behaviors that caused Facebook to remove 559 Pages and 251 accounts are not new. Facebook says that this type of spam is often used to “hawk fraudulent products like fake sunglasses or weight loss ‘remedies’.” It can also be celebrity gossip.

Today, Facebook says it is seeing these networks “increasingly use sensational political content – regardless of its political slant – to build an audience and drive traffic to their websites, earning money for every visitor to the site.” Facebook pointed out:

This is why it’s so important we look at these actors’ behavior – such as whether they’re using fake accounts or repeatedly posting spam – rather than their content when deciding which of these accounts, Pages, or Groups to remove.

Facebook has every right to remove Pages and accounts that violate their rules. Personally, I think Facebook could have made more of an impact if they removed the spammers earlier, instead of a few weeks before the United States midterm elections. The damage caused by spreading misinformation has already been done.

It’s good that Facebook attempted to clarify that the Pages and accounts were removed because of their behaviors. Even so, I believe there will be individuals who spend today filling their social media accounts with accusations that Facebook is biased against their preferred political party.