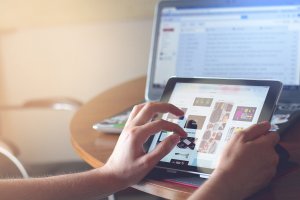 The Pew Research Center found that the number of adults in the United States that said they use the internet, social media, own a smartphone or own a tablet computer are nearly identical to the amount who said the same in 2016. Parts of the population have reached near saturation level.

Perhaps that isn’t surprising. It might alarm social media companies who are constantly craving more users. It may also be disconcerting to companies that strive to sell everyone a brand new version of their phone, tablet, or computer every year or so.

Pew Research Center found that there are noteworthy numbers of non-users that are far from reaching the saturation point. Why? One answer is that the ability to use the internet, and own devices, depends on your income level and access.

Pew Research Center found, in a 2015 survey, that 43% of non-broadband users cited costs as the primary reason why they didn’t have broadband at home. The cost could be of the broadband subscription itself, or the cost of a computer. A survey done earlier in 2018 found that six in ten Americans living in rural areas said that access to high speed internet is a problem in their local communities.

This is a big problem, because the cost of internet access appears to be excluding the poor and those who live in rural areas. Those who cannot get online are limited in ways others are not. Today, people use the internet to register to vote, look up information about candidates, set up automatic bill pay, read their local newspaper, find a job, and connect with potential employers via email.

In my opinion, broadband companies, and the companies that sell smartphones and computers, have the potential to reach this excluded group. All they have to do is lower their prices. It would result in equal access to the internet, regardless of a person’s income. Caring about people over profit would benefit everyone.