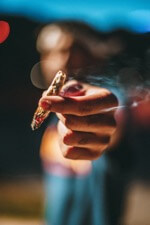 Ever since I saw Elon Musk smoking weed on the Joe Rogan show I began to wonder if his judgment was impaired when he made the famous let’s take Tesla Private tweet that has him in hot water with the SEC. While I do not partake in smoking weed, I really do not care who does or does not that is a personal choice. So far as Musk goes no one will likely ever know, but I think if I sat on the board of directors of Tesla I would be asking him if he had partaked behind closed doors.

I personally like to have an adult beverage from time to time, and I learned a long time ago that after a few beers it’s not a good idea to sit down at the keyboard or start posting anything on social media. I think we have all done a stupid thing or two when we have had a few cocktails. But in the digital world once something is out there it’s out there. For all, I know Elon Musk was sober at the time of his tweet but I really wonder. Pure speculation on my part but in a recent video of him In my opinion, he looked baked.

Again these are my opinions and I have no proof except for observation of what I have seen on the public airwaves. A small word of advice to any of you out there stay off social when you have been drinking, are drinking and finished drinking. Don’t make calls to old flames and for gosh sakes get an Uber or Lyft if you’re away from your home. So what say you? Do you think Elon Musk was baked when he made the famous tweet that could cost him his company and the ability to run a public company ever again?

Photo by Chase Fade on Unsplash