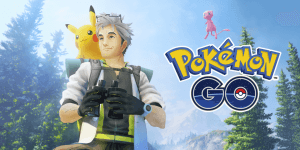 Pokémon GO has added quests to the game. The quests are based around a storyline that involves Professor Willow. Players are asked to help him find out if a series of mysterious happenings occurring all over the world are connected to the Mythical Pokémon Mew.

There are two different types of research you can contribute to: Field Research and Special Research. Gather Field Research tasks by spinning nearby PokéStops, which will give you objectives that include discovering and catching certain Pokémon or engaging with battles, among other things. Special Research may be requested by Professor Willow himself, and will take you on a journey to make important discoveries!

Pokémon GO isn’t calling these new research tasks “quests”, but that’s exactly what they are! Completing the quests gives you rewards, including “a variety of useful items and even encounters with certain Pokémon.” The tasks have different levels of difficulty. The more challenging a Research task is, the greater the reward.

Players can earn one Stamp per day by completing at least one Field Research task. When a player has obtained seven stamps, they can achieve a Research Breakthrough to receive even greater rewards. The new quests could freshen up the game and give players more to do.