Often there can be no outward signs of mental health illness but some people exhibit unhealthy behaviours such as hair pulling, skin picking and nail biting. The team at HabitAware are helping address these physical symptoms of mental health issues with a wearable device that picks up on these cues. Allante tries it out with Aneela. 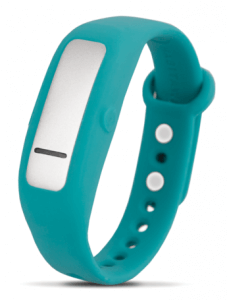 The HabitAware Keen is a wrist-worn wearable that’s very similar in style to a fitness tracker. The Keen uses gesture-detection technology to recognise when the wearer is engaging in behaviours associated with poor mental health. For most people, biting their nails is just a bad habit, but for many with mental health issues, it’s a symptom of something much more serious.

The way Keen works is by initially training the device to recognise problem behaviours. Using a smartphone app (iOS and Android), the wearer replicates his or her behaviours for a short period. So if it’s hair-pulling, this is simulated for around 15 to 20 seconds. Once Keen has been trained, it vibrates when the behaviour is detected and alerts the wearer to their subconscious habit. The wearer can make the decision to stop and overtime, retrains the brain away from negative behaviours.

The Keen bracelet is available now from HabitAware priced from US$149.