A good surround sound system makes the difference between just watching TV and a home cinema experience. The only snag is that it’s all too easy to end up with wires and cables everywhere.

For something neater, there are wireless speaker systems, though even then it’s hard to get a decent level of audio quality. Fortunately Damson are bringing Dolby Atmos to wireless home cinema speaker systems in their new S-Series. 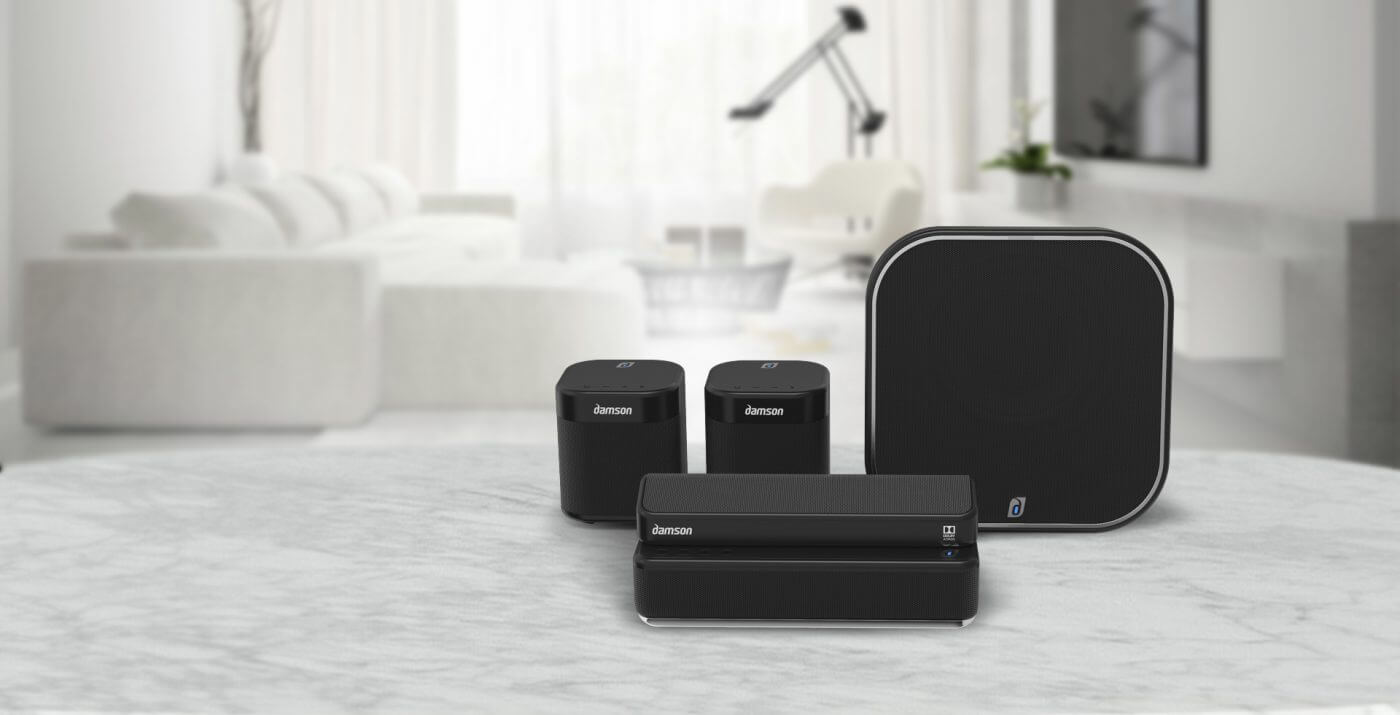 The S-Series is the first wireless modular home cinema speaker system to support Dolby Atmos, enabling sound to be precisely placed and moved anywhere in a three-dimensional space, including overhead. This brings entertainment alive all around you, delivering moving audio with greater clarity and depth.

With the S-Series powered by Damson’s wireless network, JetStreamNet, users are able to seamlessly connect and expand sound throughout their homes. JetStreamNet has the capability to connect up to eight speakers. This means users can place the wireless speakers in a variety of arrangements, or in individual groups, to stream sound throughout different rooms. Each speaker has a range of up to 50 metres (approximately 150 feet), which goes far beyond the power of any ordinary wireless speaker system in the market. 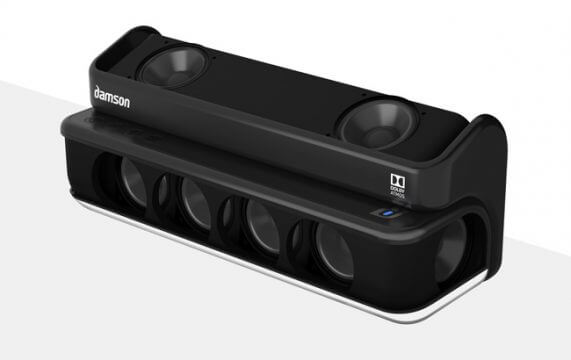 The S-Series: Home Cinema system with Dolby Atmos features a soundbar, subwoofer, 2 S-Cubes and a Dolby Atmos Speaker, allowing the system to decode all Dolby formats, including Dolby Digital Plus, Dolby TrueHD and Dolby Atmos, providing cinema-level audio experiences in a powerful, compact, and elegant package.

Available for pre-order for US$799.99 / GB£799.99 / €849.99, the S-Series Home Cinema system will be the most advanced wireless speaker system for home entertainment to date while staying affordable for consumers.

Still at CES? Find them in the Flamingo Hotel.