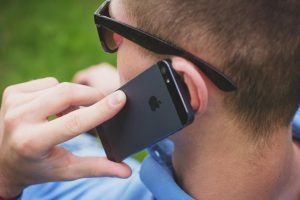 The California Department of Public Health (CDPH) issued guidelines for individuals and families who want to decrease their exposure to the radio frequency energy emitted from cell phones. The CDPH notes that the scientific community has not reached a consensus on the risks of cell phone use, and says that research suggests long-term high use may impact human health.

The CDPH advises that the way to reduce your exposure to radio frequency energy that comes from cell phones is to keep your phone away from your body. “Keeping your phone just a few feet away from you can make a big difference.”

Here are some suggestions from the CDPH:

The CDPH feels that children may be more at risk for harm from exposure to RF energy than adults. They pointed out a few reasons for that concern.