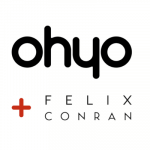 Back in 2016 I interviewed Guy Jeremiah from Ohyo at The Gadget Show, where he was demonstrating a flexible use bag. Designed by Felix Conran, the bag could be arranged into four different configurations; a tablet bag, messenger bag, a back-pack and a grocery bag. 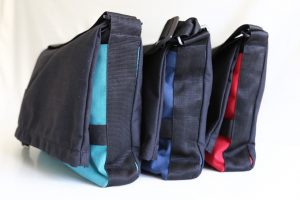 Returning to 2017, the team’s back together with the Ohyo 2Bag, a re-imagining which focuses on daily life. The 2Bag converts between a messenger bag and a larger carry-all, so imagine starting the day with a laptop in the 2Bag but then being able to buy some groceries on the way home. Inside, the 2Bag has two zipped compartments and as the smaller is waterproof, any leakages from the shopping won’t destroy the electronics. 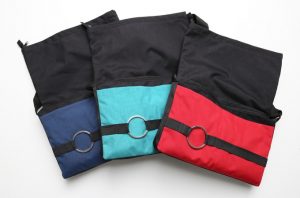 Designed again by Felix Conran, the grandson of Sir Terence Conran, the 2Bag has additional pockets for keys and phones, plus a ring to hold a collapsible Ohyo bottle. Focussing on the re-usability of the 2Bag, Felix says, “I think we have a huge amount of responsibility as designers. It’s our job to consider everything and that includes where the product ends up… we don’t want to be designing landfill. I want to make objects that have a longer life-cycle than is expected of them because if you only need to buy something once, this is the ultimate in sustainability.”

And it’s way more stylish when shopping than a bunch of tatty plastic bags.

To get the 2Bag off the ground, Ohyo has a Kickstarter campaign with early birds getting in at GB£49 (about US$65). The campaign needs a little help, as it’s just under 50% funded with only a week to go, so don’t delay if you want one. Delivery is expected in December 2017 so it could make a good Christmas present.

Ohyo has a good track record on Kickstarter with two successful campaigns for the earlier Ohyo bag but as with all things Kickstarter, just be aware of the risk.

The Kickstarter campaign video is below.