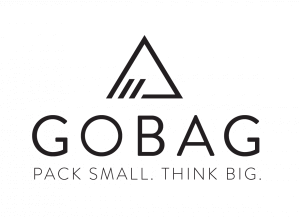 Domestic and short-haul travel has become a two-edged sword. On the one hand, budget carriers have made getting away from it all much cheaper, but on the other hand, poorly managed security processes, strict luggage allowances and jobsworths have made it tiresome and stressful. I once had an argument with the a security operator as to whether a transparent bag printed with a retailers logo in the middle counted as “clear”. It wasn’t a great start to the holiday. Anyway…. 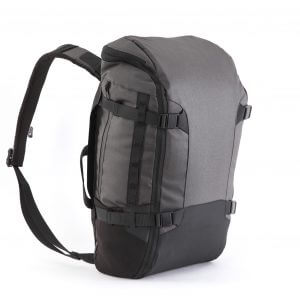 Spotting a niche in the market for carry-on luggage that meets the needs of the traveller, security and the airlines, James Fyfe launched the GoBag on Kickstarter back in 2015 eventually reaching 663% funded with almost 2,500 backers. The special feature of the GoBag is a vacuum-pack compartment that can be stuffed with clothes and then vacumed to suck most of the air out. This dramatically reduces the volume of clothing and is incredibly useful in maximising space. If a vacuum’s not available at the other end, sitting on the bag nearly works as well. Regardless, it’s great for short-breaks.

The Scottish GoBag team are back with an updated GoBag BackPack, a second iteration of the original idea, and looking to repeat the first’s success on Kickstarter. It’s already blown through its target of GB£10,000 and is past £30,000 in a couple of days.

The Backpack has nine features for stress-free travel.

As always with crowd-funding, don’t spend what you can’t afford to lose, but as GoBag are on to their second campaign after a successful first, there’s a good chance they’ll deliver.